1000-lb Sisters star Tammy Slaton revealed some of the factors causing her to gain weight. In a video from awhile back, she explained that even a bite of an apple causes her to put a few pounds.

In an exciting update shared by Tammy Slaton from 1000-lb Sisters, she recently gave fans a teaser about what her new hair looks like. However, a few followers felt mislead by what Tammy showed off in this clip. She made a video of herself, with a caption in the clip saying “before”.

Many 1000-lb Sisters followers were hopeful that Tammy was going to show off some weight loss progress she’s made for Season 3. However, Tammy instead shows off what her hair looks like after getting some curls in it.

That isn’t the only news that Tammy Slaton of 1000-lb Sisters is sharing with the world. Recently, she made a video of her and baby Gage Halterman together. In the video, Gage sits on Tammy as she asks her nephew, “who’s that baby?”

This reveal shows how much Gage has grown since Season 2 of 1000-lb Sisters. But, some followers are cautious about this update that Tammy offered. There are some dropping remarks in the comments section asking her to get healthy so she will be around to watch Gage grow up.

Tammy Slaton says she tried hard to lose weight. But, she gives a unique perspective on her health journey on her personal social media. She breaks down how all of her siblings struggled with their weight. 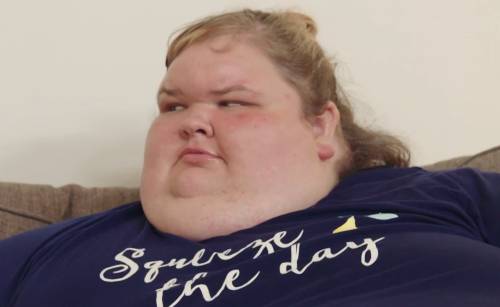 At first, Tammy explains that her oldest brother weighed close to 1,000 pounds. Plus, she says her biological father also weighed 700 pounds. But, she says both of these men in her family received some type of gastric operation to help them lose weight.

And of course, her sister, Any Slaton, has done that, as seen on 1000-lb Sisters.

Tammy Slaton says she wasn’t feeling well for a period of time. So, she decided to go to the doctor to get testing done. Then, she explains her docs thought she either had “hyperthyroidism” or diabetes because she struggled to lose weight.

After getting those tests, the 1000-lb Sisters personality reveals that the results came back saying she had “hyperthyroidism.”

1000-lb Sisters: According to Tammy, An Apple Causes Weight Gain?

After Tammy Slaton reveals she was diagnosed with a thyroid condition, she gave her fans an update on what that means for her health. At first, she said apples are healthy and are supposed to help people lose weight. But, with her medical condition, the 1000-lb Sisters celeb says she can take a bite of an apple and gain weight. 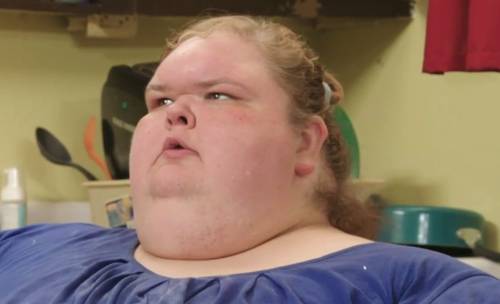 Then, Tammy says there are some times where she’ll overeat. But, she blames her overeating on her family and her stress levels. She says she tends to eat when she’s bored and stressed because of the comments her family makes to her.

Next, Tammy says in the video that her family’s always making comments about her size and her food choices. Hopefully, Tammy Slaton’s able to receive the proper medical treatment for her conditions in Season 3 of the TLC show.

Want more updates on the 1000-lb Sisters – come back to Soap Dirt.

Future-tech lube solutions for the food and beverage sector