There have been several real backstage fights over the years in the WWE. The rumor mills have naturally had a field day on almost every occasion.

One such backstage altercation happened in 2016 between Sin Cara and Simon Gotch in the WWE. The Mexican star reportedly got the better of the former WWE NXT Tag Team Champion.

Aiden English appeared on the latest episode of Sportskeeda Wrestling’s UnSKripted and talked about the fight involving his former Vaudevillian partner.

Simon Gotch and Sin Cara were both released from the WWE in 2017 and 2019, respectively, and the two apparently didn’t get along with each other.

Aiden English revealed that he wasn’t backstage when the fight transpired as he was near the ring chatting with a few friends. English recalled the WWE show happening in Tuscan, Arizona, where the scuffle took place in the catering area.

English said he remembers being surprised upon seeing Simon Gotch approaching the WWE doctor’s office with ice on his face after the brawl. After inquiring with a few people, English was told that Cara and Gotch got into an argument, and fists flew from both ends.

English also confirmed a long-running rumor that a soda can was thrown during the fight. As reported in the Wrestling Observer Newsletter several years ago, Sin Cara flung the unopened soda can at Simon Gotch at the WWE event. 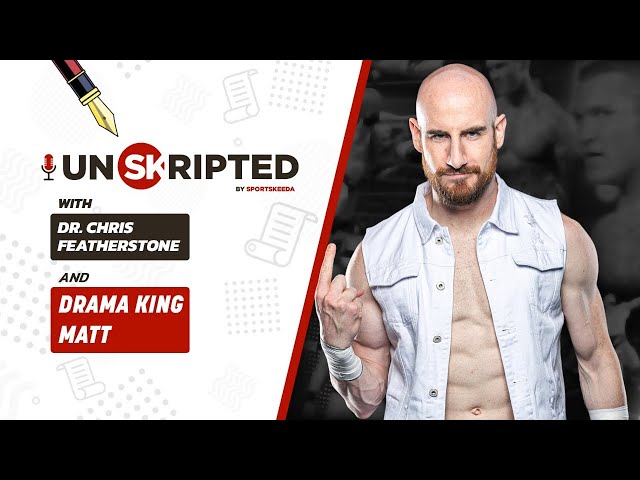 “Of course, but it’s been a while actually with this one. But umm, honestly, so I remember it very vividly, but I wasn’t there when it actually happened. So, that was in catering, in Tucson, I believe. I believe it was Tucson, Arizona, it was the show, and yeah, it was in catering, and I was up by the ring. I was like talking to friends and stuff, and I came back, and all I saw was Simon walking towards the doc’s office with ice on his face and “I was like,’ What the hell happened?’ And so, I talk to my friends and people who were there, and again, I don’t have all the nitty-gritty details, and I’m not someone who is going to say, ‘Oh, I heard this is what happened, blah, blah blah!’ But, they got into a confrontation, somebody said something, and somebody got angry, you know, a soda can was thrown, fists were thrown,” revealed Aiden English.

English stated that Sin Cara was quick-tempered and would always stand up for himself during altercations.

Aiden added that he wasn’t around to provide more details about the incident but said that tense moments are bound to happen in the testosterone-filled WWE locker rooms:

“Sin Cara, man, if you make him mad, I love the guy too, but he gets hot, and he stands up for himself and so, yeah, I wish I could give more nitty-gritty, but I wasn’t actually there, and I’m not going to fill in blanks that I don’t have. But, something was said, a disagreement happened, and you know, a lot of testosterone in wrestling locker rooms, and the boys sometimes step up. So, that’s what happened,” English added.

Aiden English spoke on a wide range of topics on UnSKripted, including his angle with Lana, the Enzo Amore incident, Miro’s AEW run and more.

If any quotes are used from this article, please add a H/T to Sportskeeda Wrestling and embed the UnSKripted video.

The Best Barbecue Sauce in 2022