Cryptocurrencies: Are they an asset class for LGPS funds? 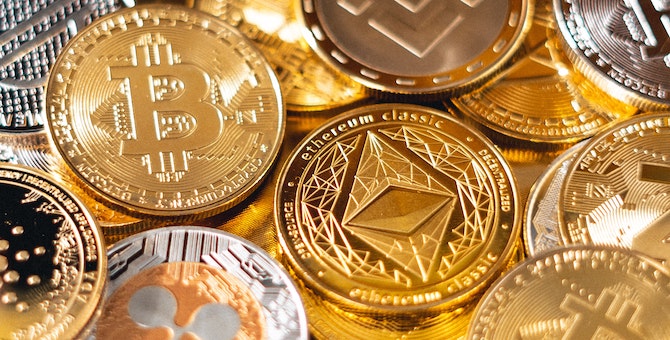 Steep rises in the value of cryptocurrencies like Bitcoin and Ethereum have grabbed the headlines in recent months. But should they and others be considered assets for local government pesnion funds? Elizabeth Carey offers a survey of the crypto terrain.

At a recent pension committee meeting, the chairman asked attendees: “Do cryptocurrencies have a place in an LGPS portfolio?”

Traditional asset classes held by LGPS funds have a fundamental value based on streams of associated cash flows, expected future earnings, a contractual repayment schedule, or limited supply combined with alternative uses such as for jewellery or industry. 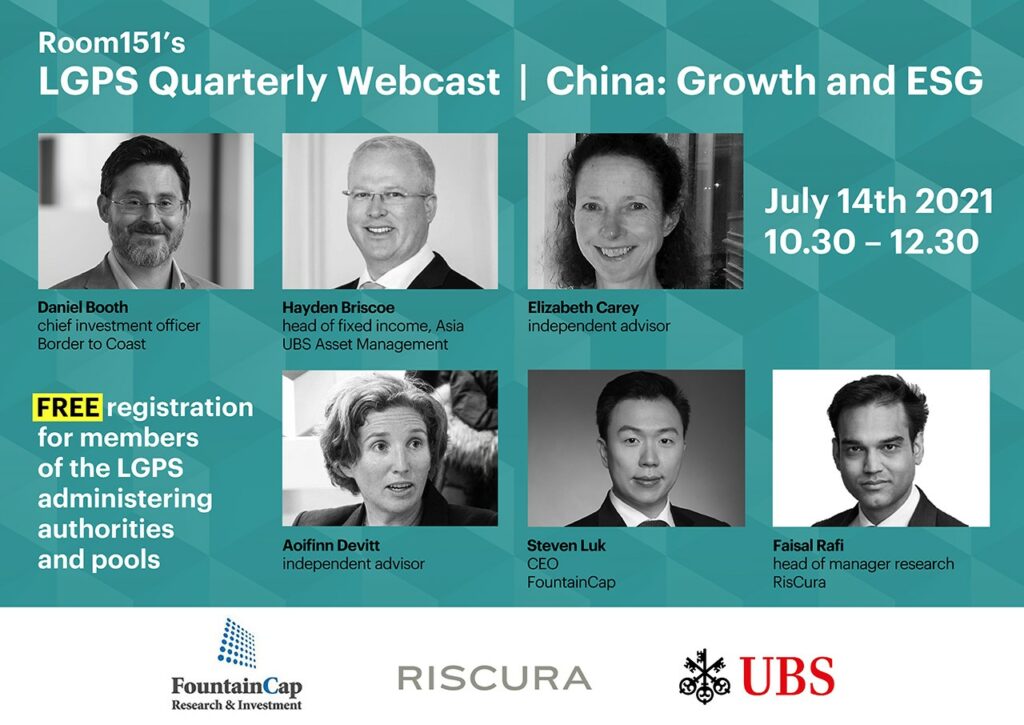 With no associated cash flows or alternative uses, cryptocurrencies defy traditional valuation methodologies, relying instead on their scarcity value in the eyes of an ever-growing band of enthusiasts.

The total value of cryptocurrencies is estimated at $2trn, of which Bitcoin represents around half.

Invented in 2009, Bitcoin is believed to be the first cryptocurrency. Bitcoin has limited the number of its units to 21,000. Competing cryptocurrency brands have sprung up, encouraged by Bitcoin’s success. Small armies of “miners”, many based in China, rent out their computing power to generate new electronic units by solving complex mathematical puzzles.

After Bitcoin, Ethereum is the second largest cryptocurrency brand. Established in 2015, Ethereum’s open-source digital platform facilitates payments in its “Ether” unit to anyone anywhere for a small fee. Ether payments can be used on mobile telephony networks, which has made them a popular alternative to local currency in some developing countries.

Dogecoin is a cryptocurrency payment system developed in 2013 as a joke to poke fun at the wild fluctuations in the cryptocurrency market. Ironically, an online community quickly embraced Dogecoin, and it has become an established cryptocurrency in its own right, promoted by celebrities like Elon Musk.

Cryptocurrencies can be bought through various online exchanges. Buyers hold cryptocurrencies in digital “wallets”, which they try to protect using layers of security known as digital “keys” that hopefully are robust enough to prevent theft by cyber criminals, but not so secure that investors forget the access codes and lose their investment.

More conventional routes into cryptocurrency investment include exchange traded funds (“ETFs”) which are traded on established exchanges and purchased through brokerage firms.

Crypto-themed ETFs have existed for several years, investing directly in cryptocurrencies, in crypto futures or in companies along the blockchain’s “ecosystem” of IT-focused suppliers.

Major securities regulators have been hesitant to approve cryptocurrency holding ETFs, although the first SEC approval is expected soon.

Cryptocurrencies are speculative assets characterised by very high levels of price volatility. The Financial Conduct Authority website warns investors: “If you buy cryptoassets, you should be prepared to lose all your money.”

Stunning price rises, along with intensive advertising campaigns (both online and plastered on the bus) have generated much interest among retail investors. Bitcoin and Ethereum are up over 180% and 430%, respectively, over the past year.

Another frequent criticism of cryptocurrencies is their heavy carbon footprint. The process of generating new digital currency units is inherently energy-intensive.

While electricity consumption must be rigorously analysed and priced in for cryptocurrencies, similar CO2 footprint costing is long overdue for other virtual experiences that are consumed in mass quantities, for example, Tik Tok clips and Netflix films, to say nothing of all the zetabytes of digital data stored in centres around the globe and the looming data overload crisis.

To address the CO2 footprint criticism, some crypto platforms are transitioning to more sustainable power sources based on renewable energy.

Who invests in cryptocurrencies?

Early adopters of cryptocurrencies are mostly “digital natives” who have grown up in a world where most things are accessed via the internet, usually on a smartphone. Sometimes called “Generation Z”, their music, social life, gaming, photos and increasingly collectables take digital rather than physical form.

The experience of listening, watching, playing or sharing across a community of like-minded digitally-connected users is core to creating “value” in the digital life. New forms of digital collectables, called non-fungible tokens (or “NFTs”), can become status symbols by virtue of being unique and iconic. Tim Berners-Lee’s original source code for the world wide web is one such example. Mr Berners-Lee compares it to an autographed book, and it fetched over $5m in a Sotheby’s auction.

Cryptocurrency market participants extol the virtues of a more “democratised” financial environment, as compared to traditional banks and intermediaries who are sometimes viewed as excluding people.

Some proponents claim that crypto can help certain groups like minority ethnic women participate more fully in this financial space, yet cite crypto’s volatility as deterring these same groups.

Many perceive the know-your-customer checks to open up an online crypto trading account as being less rigorous than those required by regulated banks or brokerage firms.

Securities regulators, including the UK’s FCA, monitor the compliance standards of crypto exchanges. In late June, the FCA ordered a leading crypto exchange, the Binance Group, to shut down all regulated activities in the UK because of lax compliance procedures.

As with any trend or “momentum trade” more traditional investors soon join the early-movers. Hedge funds are reportedly a growing presence in trading cryptocurrencies. Savvy investors are backing early-stage businesses that provide digital asset custody and trading technology to support the crypto market.

Large quoted players in the crypto-economy exist, too. The flagship is considered to be Coinbase Global Inc., a $66bn software company, founded in 2012, whose shares are traded on the NASDAQ (ticker: COIN).

Older businesses are grabbing a slice of this market. CME Group, founded in 1898 and better known as an exchange for traditional commodities futures, now offers futures contracts on Bitcoin as well as Bitcoin micro-futures. Micro-futures represent one-tenth of a Bitcoin and are designed for individuals preferring an investment size closer to £2,500 rather than Bitcoin’s current price around £25,000.

Exchanges and other providers of “fin tech” infrastructure stand to prosper based on volume of activity rather than valuation of any particular cryptocurrency. They also lend themselves to more traditional valuation methods. CME Group is probably already widely held by LGPS portfolios; COIN and its listed competitors may be in some more aggressive growth-seeking ones.

Cryptocurrencies have attracted the attention of governments, regulators and central banks around the world. China and Iran are two authoritarian states that have cited the huge electricity consumption (and therewith fossil fuel burning) to ban crypto mining.

Chinese authorities prefer their citizens to route digital payments through platforms like Alipay and Tencent’s WeChat, which are subject to government surveillance…at least until the People’s Bank of China rolls out its own digital currency.

Iran cites blackout risk from diverted electricity. It is easy to imagine Iran’s hard-line regime feeling threatened if the population were to adopt a decentralised payment system that can evade US sanctions, while large swathes of “official” economic life—most notably state industries that depend on Dollar-based oil exports—remain hobbled by Iran’s exclusion from the Western banking system.

Central banks across Europe, and in the USA, are actively studying opportunities to harness blockchain technology to issue their own electronic currency units. These would be digitised forms of existing currencies, like GBP, Euro or USD, rather than new currencies.

Significant technical and compliance challenges remain, most notably identifying users so that digital money does not erode progress in anti-money laundering, anti-terrorist financing checks required in the traditional banking system.

The recently reported FBI “sting” operation on criminal networks using cryptocurrency payments and chatting across the dark web is encouraging because it suggests that crypto and blockchain processing may not remain the law enforcement-free zones that criminals had believed.

Tax authorities in the US and elsewhere are similarly focused on cryptocurrencies. Realised gains made by taxable investors give rise to tax liabilities, which must be paid in the national legal tender. South Korea recently seized the cryptocurrency holdings of tax dodgers; other tax authorities could follow suit.

Crypto afficionados offer unexpectedly sage advice on investing in cryptocurrencies. While enthusing about the opportunity, they nonetheless remind the crypto community never to invest more than you can comfortably lose; not to borrow to invest in crypto; to use robust passwords to keep your “digital wallet” secure; not to store crypto passwords on a smartphone lest a SIM card fraudster empty your digital wallet; and to take a long-term view and avoid obsessively checking the Bitcoin price.

Such sound advice suggests that the crypto experience may prove to be Gen Z’s gateway into more traditional investments, particularly if volatility and losses continue. It also indicates parallels between cryptocurrencies and their non-digital counterparts in the world of physical assets: in both, the user experience, curiosity, entertainment and taking calculated risks are important motivations along with an item’s perceived scarcity value.

Cryptocurrencies may be the digital world’s answer to collecting valuables like stamps, vintage cars, fine wine or artworks. All are assets with little alternative use and which must be kept secure, yet are viewed as a hedge against inflation.

Playing in the crypto markets and talking about it face-to-face or across digital communities can give enthusiasts satisfaction not dissimilar to that of their parents (or grand-parents) who enjoyed communal activities like in-person auctions, collector’s fairs, betting at the racing track, or a trip to the casino.

Does Cryptocurrency have a place in LGPS portfolios?

Direct holdings of cryptocurrencies or NFTs should have a place in any alternatives allocation currently invested in rare and valuable collectables like stamps or vintage wines.

For more traditional-minded LGPS funds, focusing on the “plumbing” of cryptocurrencies may be the better choice and may already be represented in the portfolio.

Active managers are likely already running their proverbial slide rules over pure-play crypto infrastructure providers, or else querying banks and financial service businesses on the opportunities and threats posed by blockchain and cryptocurrencies.

On reflection, Benjamin Graham’s famous adage seems oddly relevant to the current fascination with cryptocurrencies: “In the short run, the market is a voting machine, but in the long run, it is a weighing machine.”

While cryptocurrencies are clearly popular and get many votes, with no intrinsic value or claim on assets, it’s not clear what, if anything, will be weighed in the long run. That is unless or until they become fungible with established currencies.

Elizabeth M. Carey, CFA, works as an independent advisor and research analyst for local government pension schemes. She spent much of her previous career working in corporate finance and capital markets in New York and London, and subsequently worked as an in-house M&A banker for GE Capital in London. The views expressed in this article are her own.

Read about the awards here.

Read about the seven categories here.

Alcohol Beverages Sale: With coronavirus in the air, Indians are drinking more in the safety of their homes