Drinking Soda, Paracetamol to Treat Depression Cause Miscarriage Among Pregnant Woman NOT True

Several Facebook posts and other social media websites are propagating misinformation about the combined effects of soda and paracetamol consumption. According to experts, drinking these two is neither a cause for miscarriage nor does it offer anti-anxiety or anti-depression properties.

According to one frequently shared Facebook post regarding the effects of combining soda and paracetamol, this drink is for people suffering from anxiety or depression. The post added that it could cause miscarriage among pregnant women. However, it’s not good for our health.

Another frequently shared Facebook post claims that combining soda and paracetamol will lead a person to sleep for up to 10 hours and not wake up. It further claims that organ damage is a side effect.

These tweets allude to a TikTok fad. Some Filipino netizens record videos of themselves dissolving paracetamol in Coca-Cola.

Both Unilab, which makes Biogesic (a paracetamol brand), and the Philippine Department of Health (DOH) said these claims are untrue.

Paracetamol is used for the alleviation of minor aches and pains as well as the decrease of fever, Unilab told Rappler. It is neither an abortifacient nor an anti-anxiety agent. Because using paracetamol for other medical disorders may do more harm than good, it should only be used for its recognized clinical indications. It is not advisable to consume paracetamol and soda at the same time.” 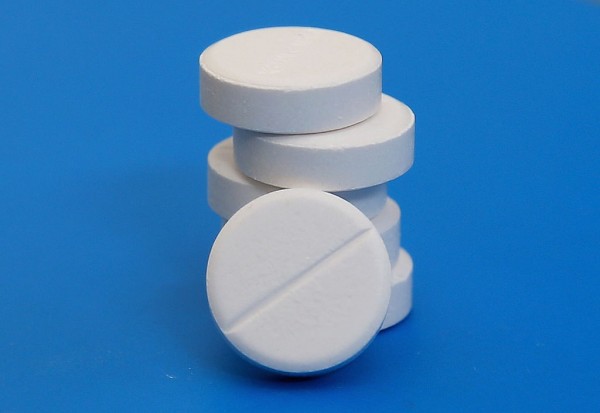 (Photo: Scott Barbour/Getty Images)
MELBOURNE, AUSTRALIA – JULY 24: Paracetamol tablets sit on a table on July 24, 2014, in Melbourne, Australia. In a new study published in the prestigious medical journal, ‘The Lancet’ the most common pain reliever for back pain, paracetamol, does not work any better than a placebo.

Unilab clarified that paracetamol can be taken with a non-alcoholic beverage, preferably water, to help with ingesting Biogesic when asked if soda could be used. However, consumers should not mix it with any other beverage, such as soda, for any reason other than the permitted indications. Taking this medication for other medical problems could cause more harm than good, the pharmaceutical company said.

Unilab also reminded the public that people could access Biogesic (brand of paracetamol) information in its Patient Information Leaflet and on its website.

ALSO READ: Chronic Pain 101: Should I Exercise Instead of Taking Analgesics?

Combined Coke, Biogesic Can Cause Miscarriage, Combat Depression? Not True

The DOH responded to the allegations in detail through email, citing corroborating studies. There are currently no studies about the consequences of combining cola and paracetamol, including its supposed ability to cause miscarriage, to reduce anxiety to induce organ damage, DOH added. The health agency based their claim on a Philippine-based study titled “Perceptions and Practices of Illegal Abortion among Urban Young Adults in the Philippines: A Qualitative Study.“

In terms of miscarriage, the DOH stated said there is inadequate evidence to link sugar (present in cola) or paracetamol consumption during pregnancy to unfavorable pregnancy outcomes. They also referenced research linking caffeine (also found in Coke) use to an increased risk of miscarriage and low birth weight in high enough quantities, although there were also studies claiming that the evidence for caffeine was weak.

Paracetamol is classified as pregnancy category C in the 8th edition of DOH’s the Philippine National Formulary. It indicates that animal reproduction studies have revealed a negative effect on the fetus. There is no suitable and well-controlled human research. Still, the drug’s potential advantages may justify its use in pregnant women despite the risks.”

Charibel Escandalor, president of the non-profit organization Philippine College of Psychopharmacology, said paracetamol and cola do not have substances that aid in the treatment of anxiety or depression.

“If you check the clinical practice guidelines for depression and anxiety, you won’t see paracetamol in any list,” Escalandor told AFP.

Caffeine is a stimulant, according to Escandalor. People with anxiety and despair, Escalandor said, “are not going to do very well” if they continue to consume caffeine.

Paracetamol overdose on paracetamol could also cause liver damage, as the DOH noted in the same Philippine National Formulary report. Robert Buenaventura, a member of the Philippine Psychiatric Association, could attest to DOH’s claim.

The DOH also cited the US Centers for Disease Control and Prevention (CDC) as a source of information on the effects of drinking sugar-sweetened beverages often. It claims that drinking sugar-sweetened beverages regularly is linked to weight gain/obesity, type 2 diabetes, heart disease, renal disease, non-alcoholic liver disease, tooth decay and cavities, and gout, an arthritic condition.

Buenaventura told the same AFP report that consuming paracetamol too much is dangerous and that paracetamol overdose could harm a person’s liver.

Jose Mari Iborac, an official at the Philippines National Center for Mental Health, said per AFP that people should need to seek medical attention from professionals before taking any medication.

Check out more news and information on Medicine and Health on Science Times.

Dressed up as Ravana, Pune man urges people to drink milk instead of alcohol