Firefighters battling 2 separate wildfires in different parts of the state

SODA SPRINGS – Multiple agencies are working to contain a wildfire near Soda Springs.

The 5-10-acre Wood Canyon Fire broke out at 11:54 a.m., according to the U.S. Bureau of Land Management Idaho Fire Facebook page.

“The fire is actively burning in grass, brush and juniper,” the Facebook post says. “The cause of the fire is lightning from recent thunderstorms.”

As of about 3 p.m., firefighters still aren’t sure when the fire will be contained. No injuries have been reported and no homes or buildings are at risk.

Resources on scene include eight fire engines, one bulldozer, one helicopter, one air attack and four SEATS (single-engine air tanker).

EastIdahoNews.com will provide any updates once they are available.

Elsewhere in the state, the Castleford Butte Fire is burning about one mile West of Balanced Rock in Buhl. It started around 11:20 Saturday morning and has grown to more than 1,200 acres since then.

“The fire behavior is actively running in grass towards the northwest. There are structures nearby but they are not immediately threatened at this time,” according to the latest Facebook update.

Current weather conditions have grounded several aircraft battling the blaze, which is making it difficult for firefighters to build containment lines.

As of 4 p.m., the estimated containment is slated for Saturday at 8 p.m. Crews anticipate having the fire controlled Sunday night at 8 p.m.

The cause is still under investigation. 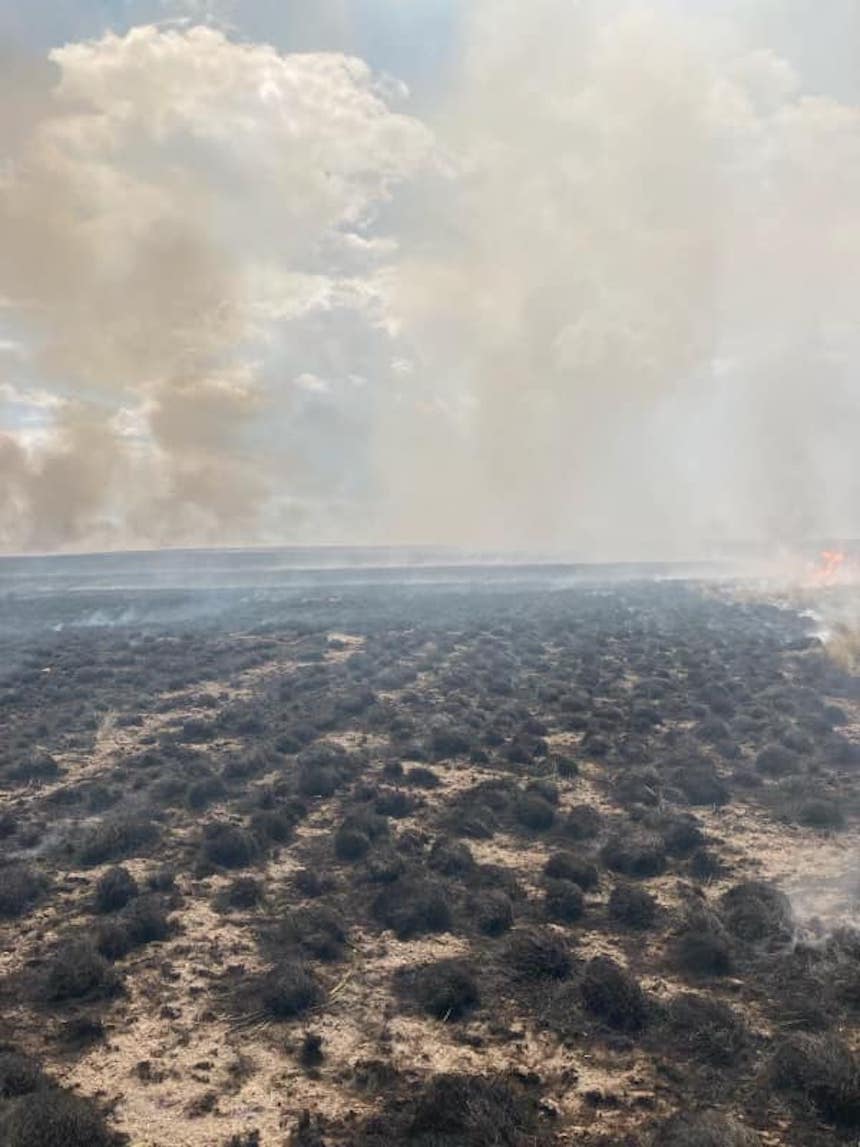 Show me the honey

Delivery of liquor to homes all set up

Delivery of liquor to homes all set up