Get ‘Cooking With Bubbie’ in Skokie

‘My Way’ at Metropolis

The Metropolis Performing Arts Centre concludes its outdoor season with “My Way: A Musical Tribute to Frank Sinatra” featuring tunes made famous by the late crooner. Isabella Andrews, Heidi Kurzejka, Michael Metcalf, Austin Nelson Jr. and Jasmine Lacy Young star in the revue, which is recommended for ages 13 and older. 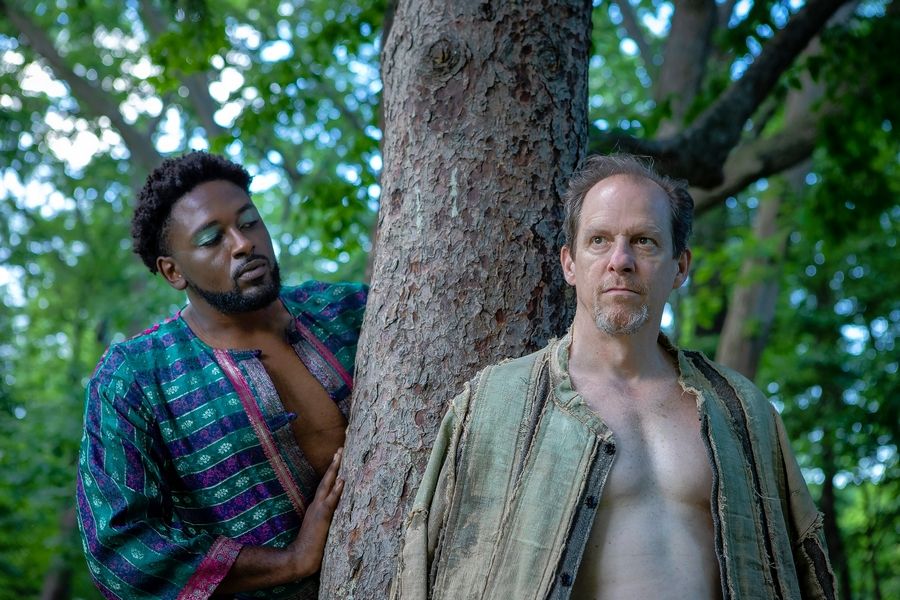 Previews at 8 p.m. Thursday and Friday, July 15-16, at 167 Forest Ave., Oak Park. The production opens Saturday, July 17, and runs through Aug. 21. $15 for previews, $35 for regular run. COVID-19 precautions are in place, including physical distancing. Face coverings required when moving about the park. Food and beverages prohibited at this time. (708) 300-9396 or oakparkfestival.com.

Goodman Theatre’s livestreaming series concludes with “I Hate It Here,” Ike Holter’s play with music about how we navigated 2020 and a “world on the brink of explosion.” 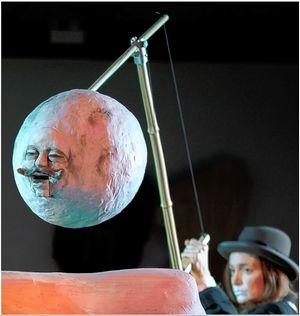 • Cabinet of Curiosity presents “Sea Change,” a series of puppet shows written by female playwrights and running from Thursday, July 15, through July 25 outdoors at The Brndhaus Pl-Zen, 1727 W. 21st St., Chicago. Featured plays include: Lindsey Noel Witing’s “Whale Song,” a musical about a man obsessed with killing a whale; “A Mermaid’s Tale (If There’s a God),” about a mermaid at the “end of her tail” by Bethany Thomas and Liz Chidester; Kasey Foster’s “More,” about a shark who gets advice from the moon; and “The Lookout,” Seth Bockley’s tale of a man kept company by a bird. Performances are at 8:15 p.m. Wednesday through Friday and 2 and 8:15 p.m. Saturday and Sunday. Tickets are $25. See cocechicago.com.

• Chicago Children’s Theatre’s “Walkie Talkies” podcast — produced in partnership with the Chicago Park District’s Night Out in the Parks series — continues with “The Night Heron,” a family-friendly, self-guided, audio walking tour of Horner Park in Chicago’s Irving Park neighborhood. Created by theater artists and bird enthusiasts Shawn Pfautsch and Jessica Ridenour, it’s one of several audio tours available for free download from chicagochildrenstheatre.org. The others are a tour of Bronzeville’s Ellis Park titled “Sankofa — A Journey of Bronzeville’s Poppin’ Past” and a walking tour through Humboldt Park, which drops Aug. 1.

• Northlight Theatre’s production of “Mr. Dickens’ Hat” by Michael Hollinger is among the 28 first-round recipients of the 2021 Edgerton Foundation New Play Award. The awards, which total more than $1 million, allow for additional development for the plays in an effort to extend their lives after the initial production. Goodman Theatre’s “Good Night, Oscar” by Doug Wright and Steppenwolf Theatre’s “Bald Sisters” by Vichet Chum also were among the plays selected.

• The Annoyance Theatre tapped actor/musician Jayson Brooks, a veteran of The Annoyance, Second City and iO Chicago, as the new managing director. “I am so excited to join the Annoyance family. It’s the start of a new chapter for both myself and the Annoyance Theater. I’m looking forward to what we are going to build and bring to our audiences,” said Brooks in a prepared statement. “As the people of Chicago (and the country at large) work to reclaim some sense of normalcy, they’re going to need to laugh and I am lucky to have a hand in facilitating that.”

• Lifeline Theatre managing director Allison Cain announced she will step down in the fall from the position she has held for 12 years. “The decision to move on has been a bittersweet one but I am looking forward to finding a successor who will be able to creatively co-lead the organization during these changing times,” said Cain in a prepared statement. “Lifeline has been working on change management for some time now and is poised and ready to be a part of a new age of Chicago Theater.” The search for Cain’s successor will take place over the next few months.