New research has supported the trends that regularly consuming a diet of fried food, meat, sugary drinks, and processed food may increase the risk of sudden cardiac death. 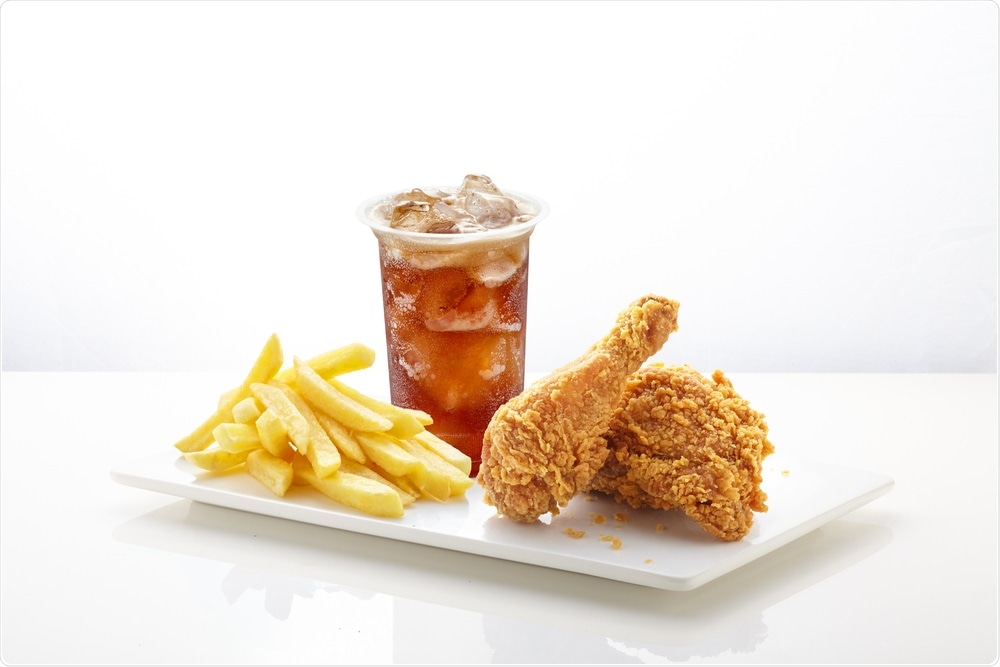 In recent years, food and medical science have focused on the impact of dietary choices on physical and mental health. Amounting evidence has suggested that consistent consumption of specific food types can promote or exacerbate the health of individuals, which has been demonstrated across many populations.

Differences in dietary choice and their associated health risks are particularly apparent when comparing cultural diets. The ‘Mediterranean’ diet, for instance, has been uncontested in terms of the healthiest diet. This consists primarily of legumes, fish, grains, and is low in meat and dairy.

Contrastingly, researchers how now demonstrated the opposite end of the spectrum in terms of diet-induced health risks, with the most health impacts known to date associated with a ‘Southern’ US diet.

The ‘Southern’ diet is comprised of fried foods, eggs, organ meats (such as liver or giblets), processed meats (such as deli meat, bacon, and hotdogs, added fats, and sugar-sweetened beverages.

Research published in the Journal of the American Heart Association has now shown that regular consumption of a Southern-style diet may increase the risk of sudden cardiac death.

The study used data from 2003 to 2007 across 21,000 people aged 45 and older from an ongoing national research project called REasons for Geographic and Racial Differences in Stroke (REGARDS). This project aims to determine geographic and racial differences in stroke prevalence. Across participants, 56% were women; 33% were Black adults, and 56% lived in the southeastern U.S.

The southeastern US is recognized as the Stroke Belt because of its higher stroke death rate, which includes states such as North Carolina, South Carolina, Georgia, Tennessee, Alabama, Mississippi, Arkansas, and Louisiana, which were represented in the present analysis.

Participants were then presented with a food questionnaire to determine the diet type and frequency of foods consumed including how often and in what quantities they had consumed 110 different food items in the previous year.

First, answers were used to calculate a Mediterranean diet score based on specific food groups considered beneficial or detrimental to health as well as a Southern-style eating pattern.

These patterns were not mutually exclusive and individuals could be incorporated within different categories depending on their survey answers. After an average of 10 years during which patients had checked for cardiovascular diseases events every 6 months, over 400 sudden cardiac deaths had occurred among the 21,000 study participants.

The analysis also showed that participants who ate a Southern-style diet most regularly had a 46% higher risk of sudden cardiac death than people who had the least adherence to this dietary pattern.

Moreover, participants who most closely followed the traditional Mediterranean diet had a 26% lower risk of sudden cardiac death than those with the least adherence to this eating style.

“These findings support the notion that a healthier diet would prevent fatal cardiovascular disease and should encourage all of us to adopt a healthier diet as part of our lifestyles. To the extent that they can, people should evaluate the number of servings of fruit and vegetables they consume each day and try to increase the number to at least 5-6servings per day, as recommended by the American Heart Association. Optimal would be 8-9 servings per day.” Stephen Juraschek, M.D., Ph.D., a member of the American Heart Association’s Nutrition Committee of the Lifestyle and Cardiometabolic Health Council

The alarming results of this study echo previous findings on the importance of dietary choice and patterns of consumption. However, the large sample size and representation of minority groups provide further insight into geographic and social differences.

Such patterns of variation are key to consider for future research examining risks associated with dietary patterns.

“While this study was observational in nature, the results suggest that diet may be a modifiable risk factor for sudden cardiac death, and, therefore, diet is a risk factor that we have some control over,” said James M. Shikany, Dr. P.H., F.A.H.A., the study’s lead author and professor of medicine and associate director for research in the Division of Preventive Medicine at the University of Alabama at Birmingham.

“Improving one’s diet – by eating a diet abundant in fruits, vegetables, whole grains and fish such as the Mediterranean diet and low in fried foods, organ meats and processed meats, characteristics of the Southern-style dietary pattern, may decrease one’s risk for sudden cardiac death”.

Moreover, the differences found across minorities also point towards inequality in the availability of healthy food consumption that is of concern.

This study also raises important points about health equity, food security, and social determinants of health. The authors describe the “Southern Diet” based on the U.S. geography associated with this dietary pattern, yet it would be a mistake for us to assume that this is a diet of choice. I think American society needs to look more broadly at why this type of diet is more common in the South and clusters among some racial, ethnic, or socioeconomic groups to devise interventions that can improve diet quality.


The gap in healthy eating between people with means and those without continues to grow in the U.S., and there is an incredible need to understand the complex societal factors that have led and continue to perpetuate these disparities.”

Despite the large sample size, regional diversity, and the inclusion of minorities, potential limitations of the present study include the method of data collection, based on a single self-reported questionnaire, which relies on the memory of participants and may have limited accuracy. This may in turn reduce the strength of correlations.

Future studies could address such limitations by providing several questionnaires over time, as well as considering further socioeconomic factors at play. Progress can also be made in determining how to address these differences and what strategies may be most effective, including policies on raising awareness and improving the availability of healthier food types.

The Best Gins According To The 2021 International Wines & Spirits Competition

Join the superb world of canning | Home and Garden

Marina Times – The lingering guilt of the fast food fix

The Coronavirus Pandemic Caused An Uptick In Eating Disorders