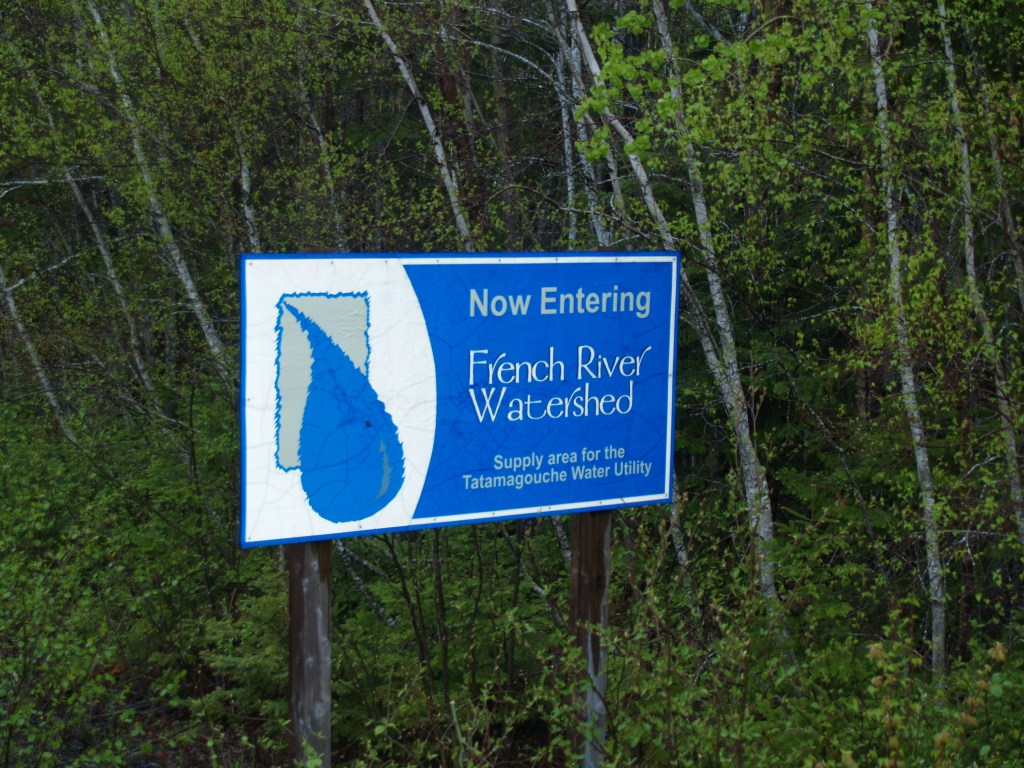 It took close to two years, and a change of government, but the province has now approved protection of the French River watershed, which provides Tatamagouche with its water.

According to the press release today from Nova Scotia Environment and Climate Change:

Environment and Climate Change Minister Tim Halman designated the French River watershed as a protected water area on Monday, January 24. This means that regulations under the Environment Act will help to protect the water that people in the Village of Tatamagouche use in their homes, businesses and to support services in their community.

“I am pleased to designate the French River watershed as a protected water area, which will help meet the needs of the people of Tatamagouche, enhance their quality of life and support economic growth and prosperity,” said Minister Halman. “A reliable supply of quality drinking water is essential to maintaining the health of Nova Scotians, as well as community and environmental health. Our government is working with Nova Scotians and other levels of government to ensure everyone in our province has the support and services they need to build strong, sustainable, thriving communities.”

The protected water area regulations protect drinking water supplies by giving municipalities the authority to manage watersheds, including restricting or prohibiting activities that may impact water quality or quantity. After a watershed is designated as a protected water area, the utility is responsible for protecting the area and enforcing the regulations.

No mineral exploration or mining allowed

What isn’t mentioned in the press release is that the protected status prohibits mineral exploration or mining in the watershed.

However, a copy of the new regulations shows that the very last one states, “A person must not conduct mining activities within the Protected Water Area, including detailed ground exploration and processing.”

This means an end to a plan by the mines branch of the former Department of Energy and Mines to promote an area of 30,000 hectares (74,132 acres) in the Cobequid Hills, extending from Earltown to the Wentworth ski hill for gold exploration, a project it called Warwick Mountain Gold. 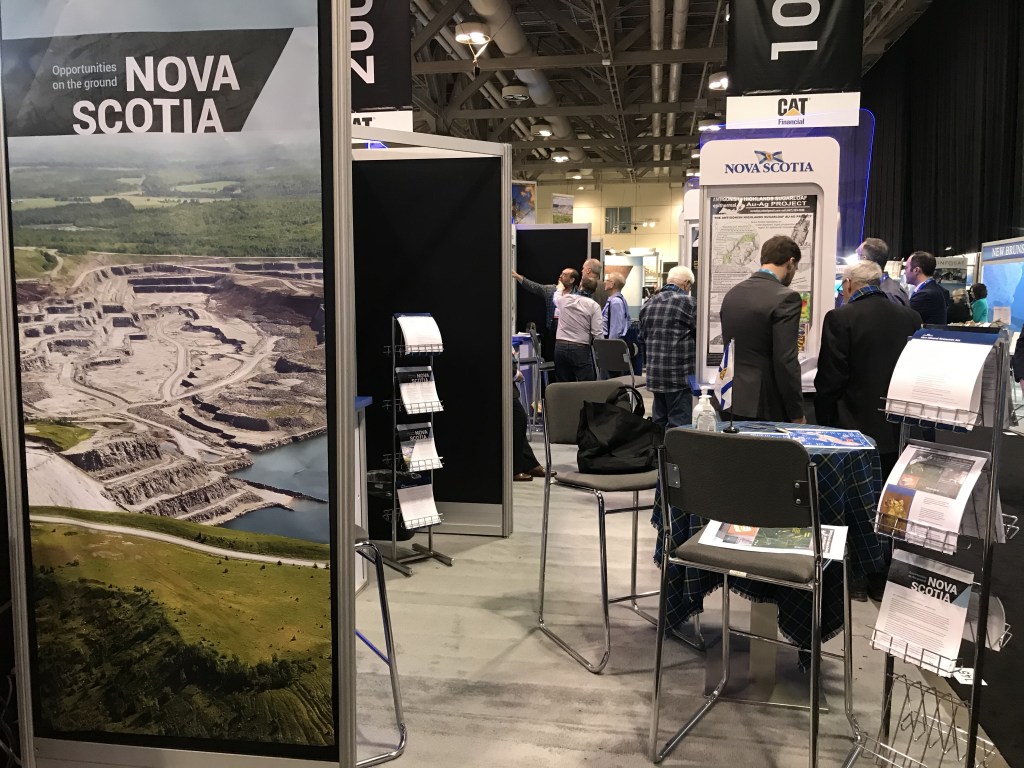 The former Nova Scotia Department of Energy and Mines promoted its Warwick Mountain Gold project at the annual Prospectors and Developers Association (PDAC) conference in Toronto, where it hosted a booth each year, shown here in 2020. Photo: Joan Baxter

Word emerged about the Warwick Mountain project in late 2017. Citizens in the area who were concerned about the effect that mineral exploration — or gold mining that might come of it — could have on the Tatamagouche water supply formed the group Sustainable Northern Nova Scotia (SuNNS). 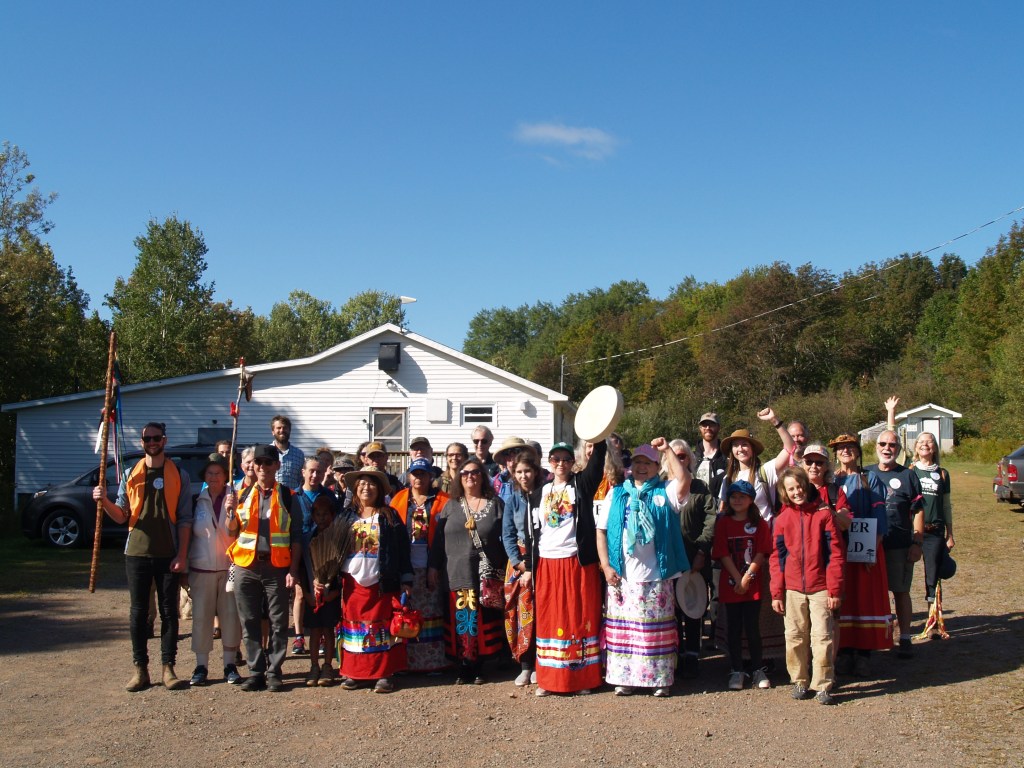 SuNNS members took their concerns to the Municipality of the County of Colchester, which undertook extensive surveys and community engagement sessions in the area, before the municipal council voted unanimously in January 2019 to apply to the provincial environment department for protection for the watershed.

The application process turned out to be quite complicated, as a Halifax Examiner Freedom of Information (FOIPOP) request to Nova Scotia Environment and Climate Change showed.

But as the Examiner reported here, in May 2020, the Colchester Municipal Director of Public Works, Michelle Boudreau, was able to courier the finalized application for protected status for the French River watershed.

Then the long wait.

The information released to the Examiner in August 2021 through the FOIPOP about the status of the application was so heavily redacted that it was impossible to know the reason for the delay in approving the Municipality’s application to protect this important watershed. It did show, however, that there had been strong pushback against protecting the French River from the Mining Association of Nova Scotia (MANS) and also Don James, executive director of the Geoscience and Mines Branch of the erstwhile Department of Energy and Mines, now the Department of Natural Resources and Renewables.

Today’s announcement is being welcomed by members of Sustainable Northern Nova Scotia (SuNNS) and others concerned about gold mining in Nova Scotia.

SuNNS member John Perkins told the Examiner, “I’m really delighted that it’s happened. I’m grateful to the minister for this decision, and for listening to and respecting the wishes of the community and the municipality.”

“I’m also grateful for all the hard work by members of SuNNS and the community for making this happen,” he said.

But, he added, “This is one down. There are still five to go.”

Perkins was referring to the other large-scale gold mining projects that are ongoing or planned for Nova Scotia. 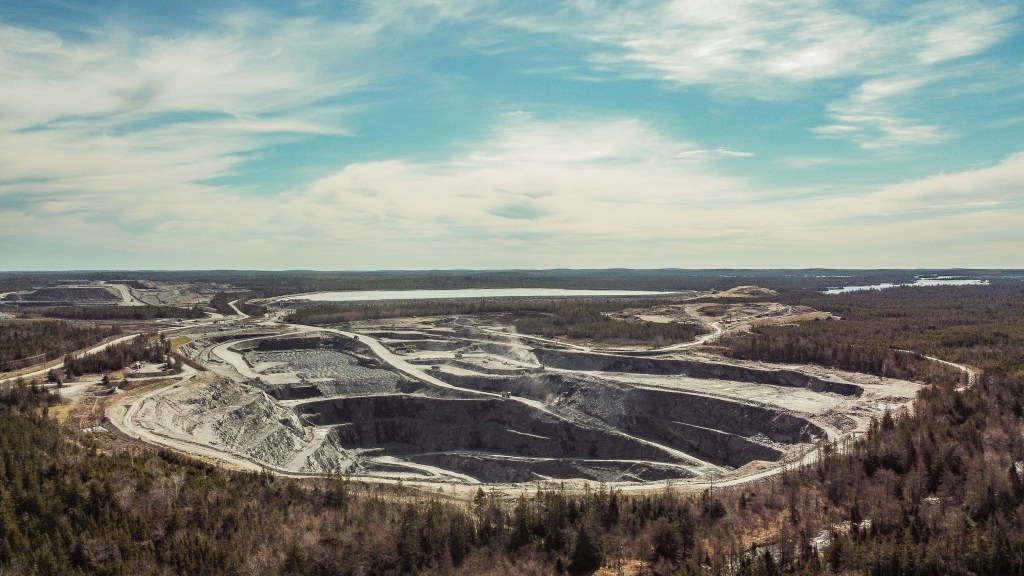 In addition, Anaconda Mining has plans for an open pit and underground gold mine project in Goldboro, also on the Eastern Shore.

Perkins is also referring to the one open pit mine in Moose River where Atlantic Gold / Atlantic Mining NS has been producing gold since late 2017. Atlantic Mining NS has applied for expansion of its facilities in Moose River with Nova Scotia Environment and Climate Change, while also facing 32 environmental charges and three federal ones in court, where it will be making its tenth appearance on those charges on January 28.

Today’s announcement about the protection of the watershed was also welcomed by Colchester municipal councillor Michael Gregory, who chairs the Tatamagouche Source Water Protection Committee. Quoted in the press release, Gregory said he was “over the moon” about the decision:

The watershed provides water for the village of Tatamagouche. It’s important that we maintain the pristine water that the village is fortunate enough to have. I am pleased the government has taken into consideration the work that was done to protect the watershed and has designated it as a protected water area. Kudos need to go to the staff of the municipality for the work that went into getting here and to the community for standing up to be heard.

We have many other subscription options available, or drop us a donation. Thanks!

A new perspective on healthy eating