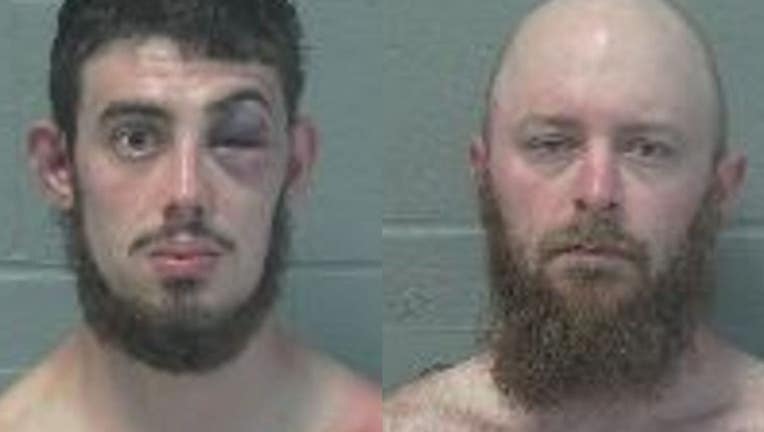 Authorities arrested two men after they allegedly started a fight at a wedding reception in Ohio. According to witnesses, the two suspects allegedly attempted to steal a case of beer before they were confronted by the groom.

The two men have been identified as 22-year-old William Beeson and 29-year-old Justin Crowl, Fox 8 reports. They apparently snuck into the wedding reception at the Richland County Fairgrounds in Mansfield, Ohio, on June 19 and attempted to steal a case of beer, according to a report from the Richland County Sheriff’s Office

When the groom confronted them, however, Beeson allegedly punched the newly married man, according to the report. Crowl and other guests got involved, resulting in a large fight.

Both Beeson and Crowl suffered various injuries during the altercation. In his mugshot, Beeson has a black eye. Crowl, meanwhile, reportedly suffered multiple cuts from broken beer bottles.

FREE DOWNLOAD: Get breaking news alerts in the FOX6 News app for iOS or Android.

Witnesses told police, however, that the men had come from another part of the fairground uninvited and were attempting to remove a case of beer from the location, ABC 6 reports.

The pair was booked at the Richland County Jail.

The Wisconsin Department of Justice (DOJ) Division of Criminal Investigation (DCI) is investigating an officer-involved shooting that occurred Tuesday, June 22 in New Berlin.

Influences on STI Risk Differ Among MSM With, Without HIV

Influences on STI Risk Differ Among MSM With, Without HIV