The greatest challenge is not to eat too many of these mouth-watering pies!

Plyos, a small town on the Volga River, is known for its amazing old churches, landscapes and more recently for open fish pies. We’ll tell you how to bake this gastronomic delight at home.

Due to its location, Plyos is famous for its fish industry. Namely, there is a great variety of smoked, salted and marinated fish products. In the beginning of the 1990s, one entrepreneur recognized the huge potential here and opened a bakery on the banks of the river. The pastry was based on local culinary crafts dating to the 13th century.

Making pies and breads according to traditional recipes, the business passed along lost cultural values to contemporary generations and became a part of the local tourist industry. Today, the “angles” with bream are a gastronomic brand of Plyos. Indeed, the open pies with smoked bream became so well-known that people started to visit Plyos just to try these splendid pies. My parents were among them. I was so impressed and inspired by their stories that I wanted to make these pies at home.

The pies are called “rybny ugol”, or “fish angles”, because of their shape. They have the interesting form of an open angle so that you can see the filling. In order to make real Plyos angles it’s better to use smoked bream which is cooked according to local rules with alder chips, of course.

However, I found a reasonable alternative: smoked mackerel. Even with a fish fillet, you should work very carefully to make sure that all the bones have been removed. It is recommended to avoid using too much spice in the filling so as not to lose the smoked flavor. That’s why I added black pepper only. In order to give extra juiciness and sweetness, I added caramelized white onions. Yeast dough is used for these pies. I enriched it with butter and fat yoghurt. Until you make them yourself you can only imagine the smell I had at home: sweet dough, smoked fish and caramelized onions – absolutely fabulous. 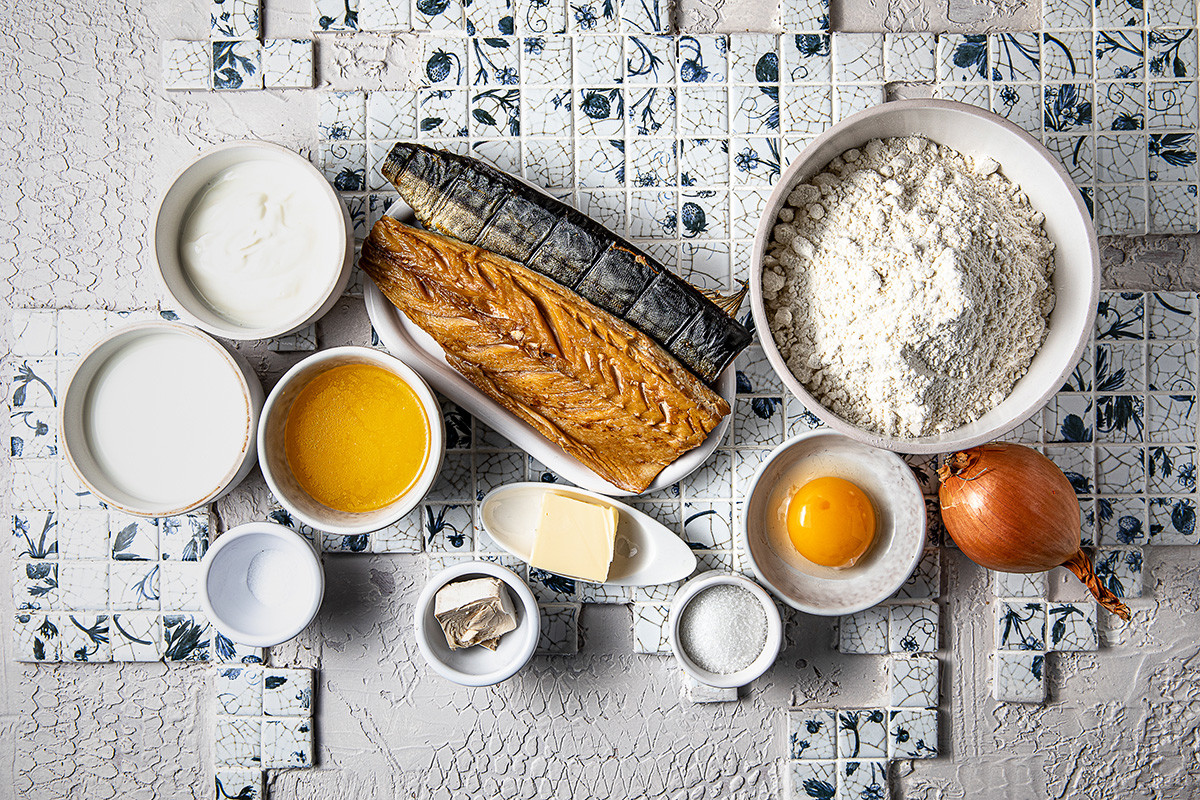 1. Combine milk, sugar and yeast. Stir the mixture till the yeast dissolves. 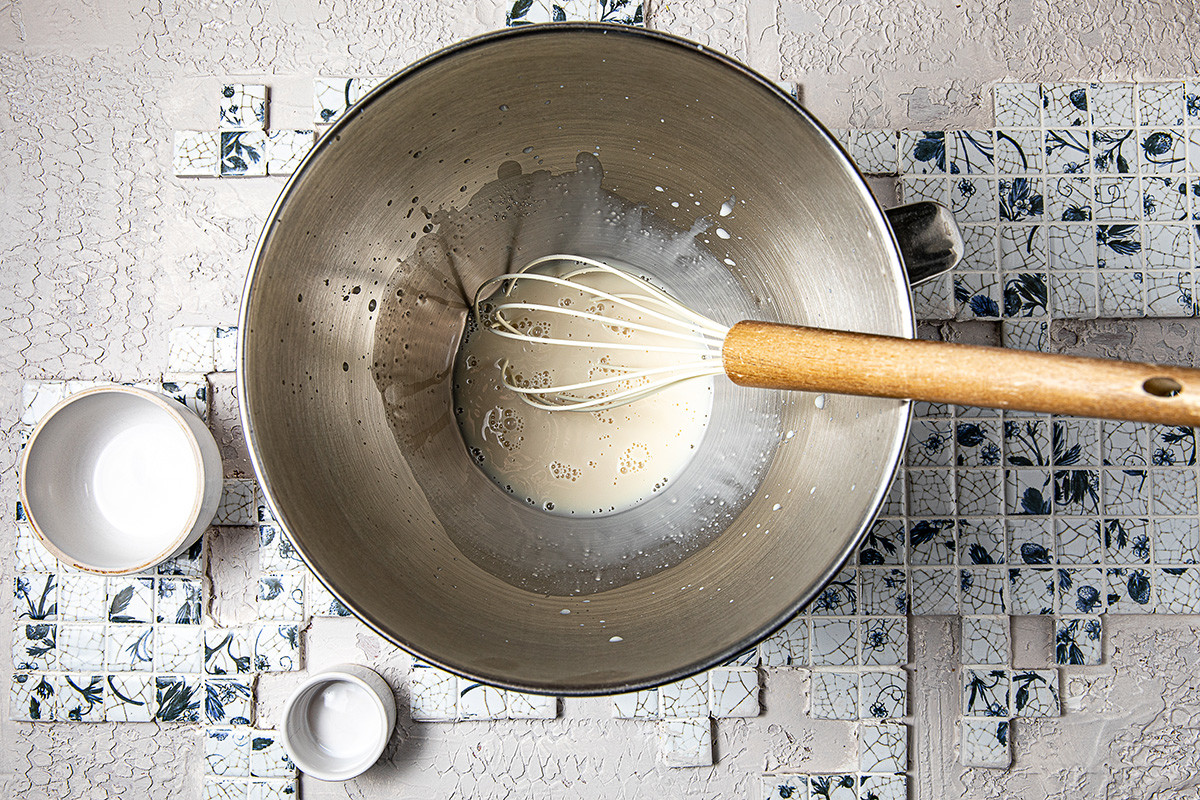 2. Sift a bit of flour. Stir the mixture with a whisk. 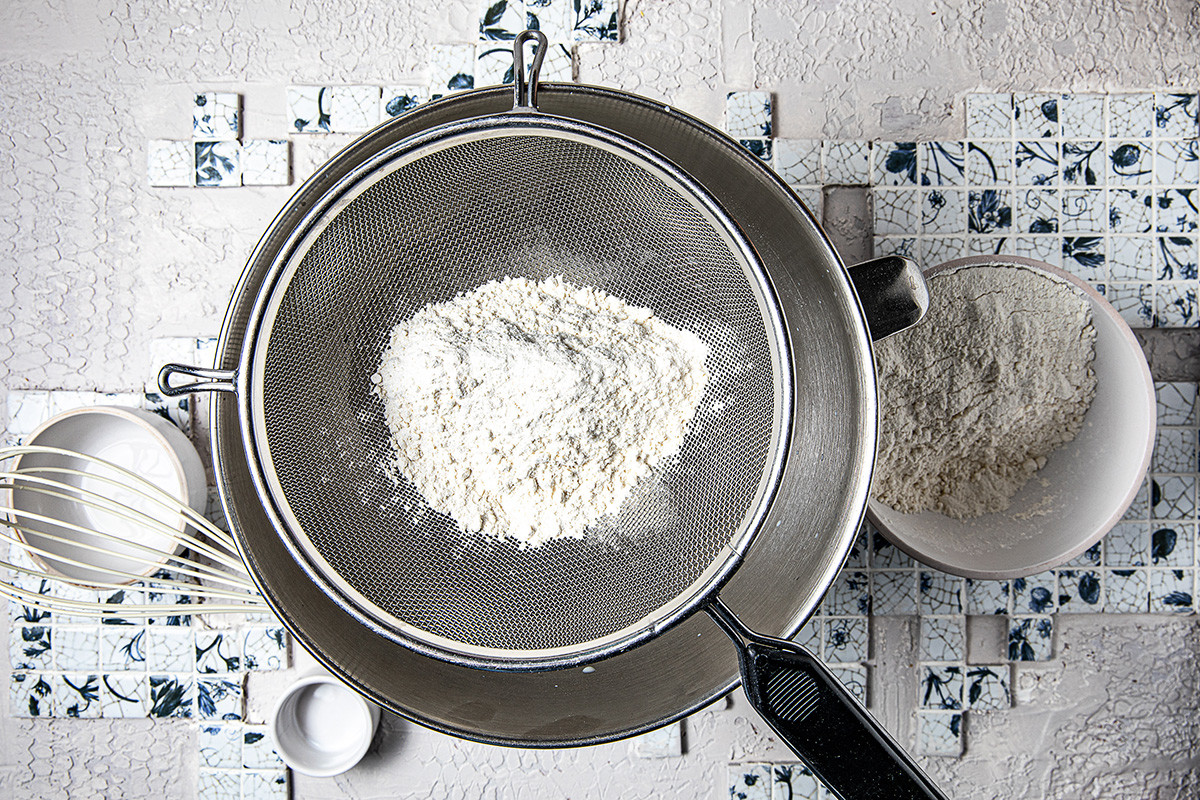 3. Add melted butter and yogurt, and stir the dough thoroughly. 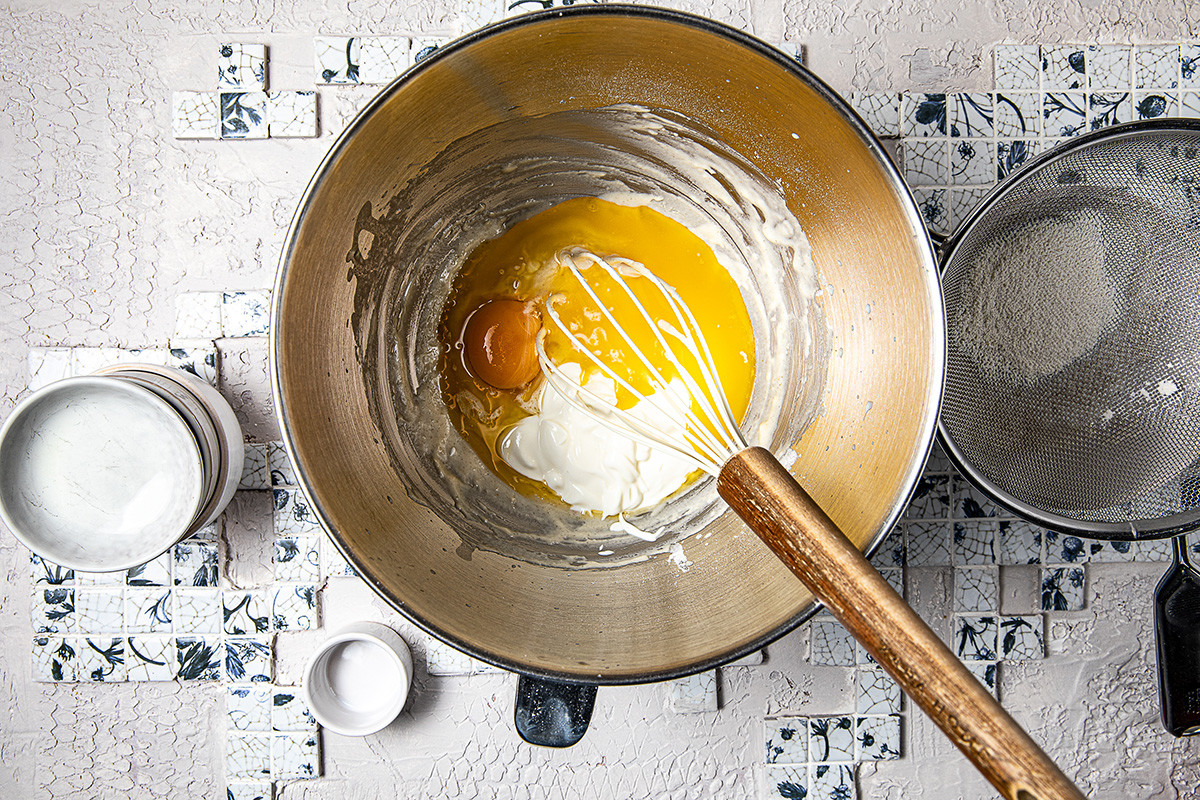 4. Sift the rest of the flour with salt. 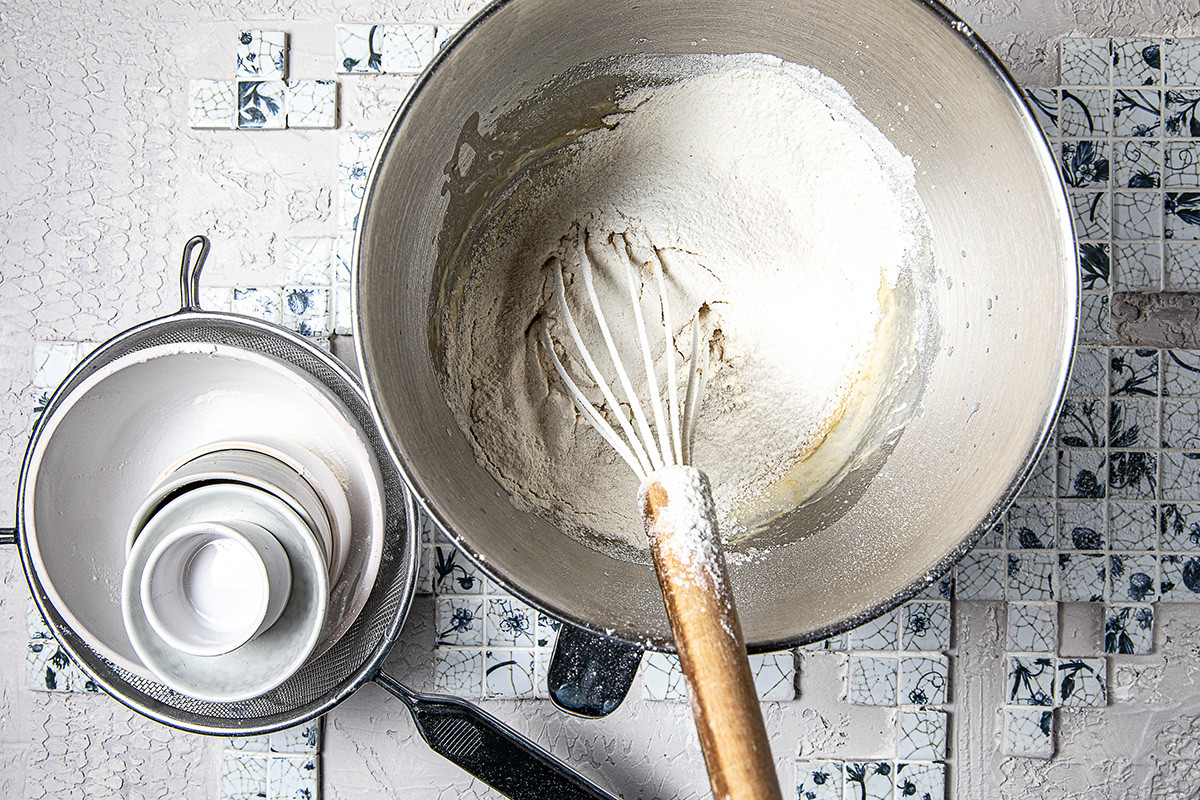 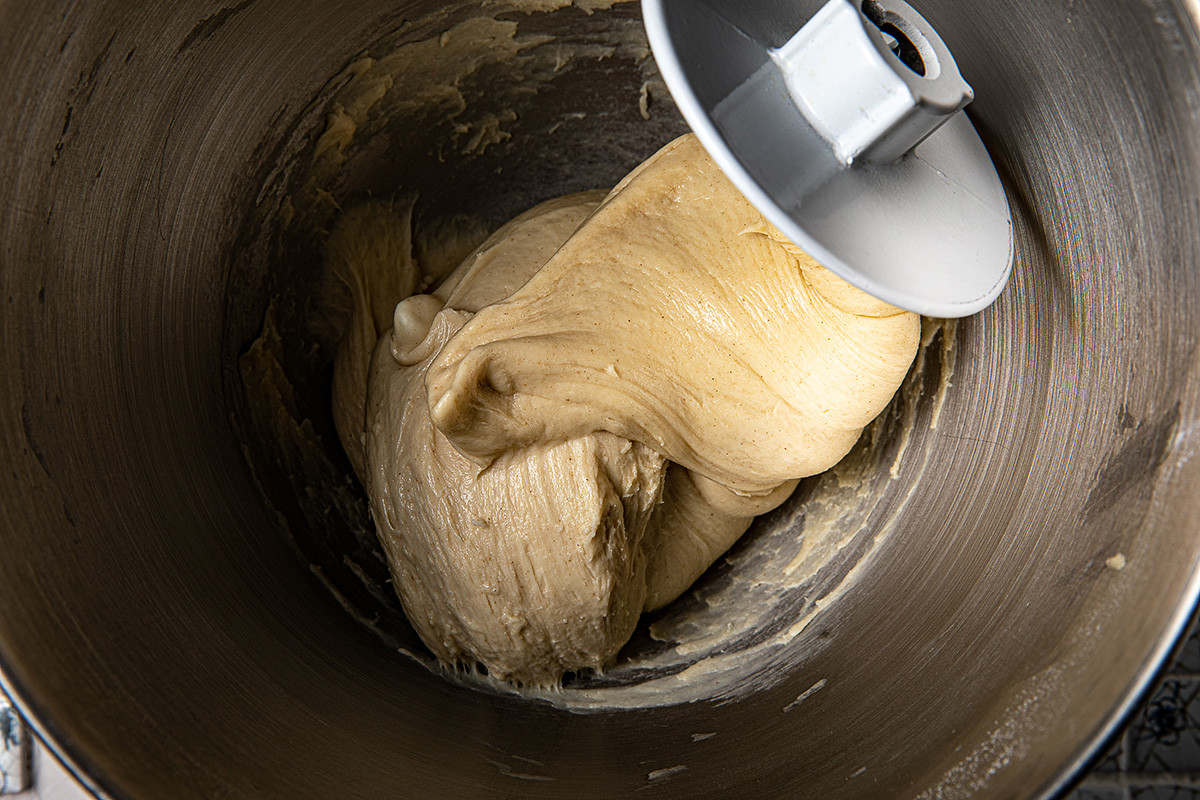 6. Cover the dough with plastic wrap and let it sit in a warm place for about one hour until it doubles in size. 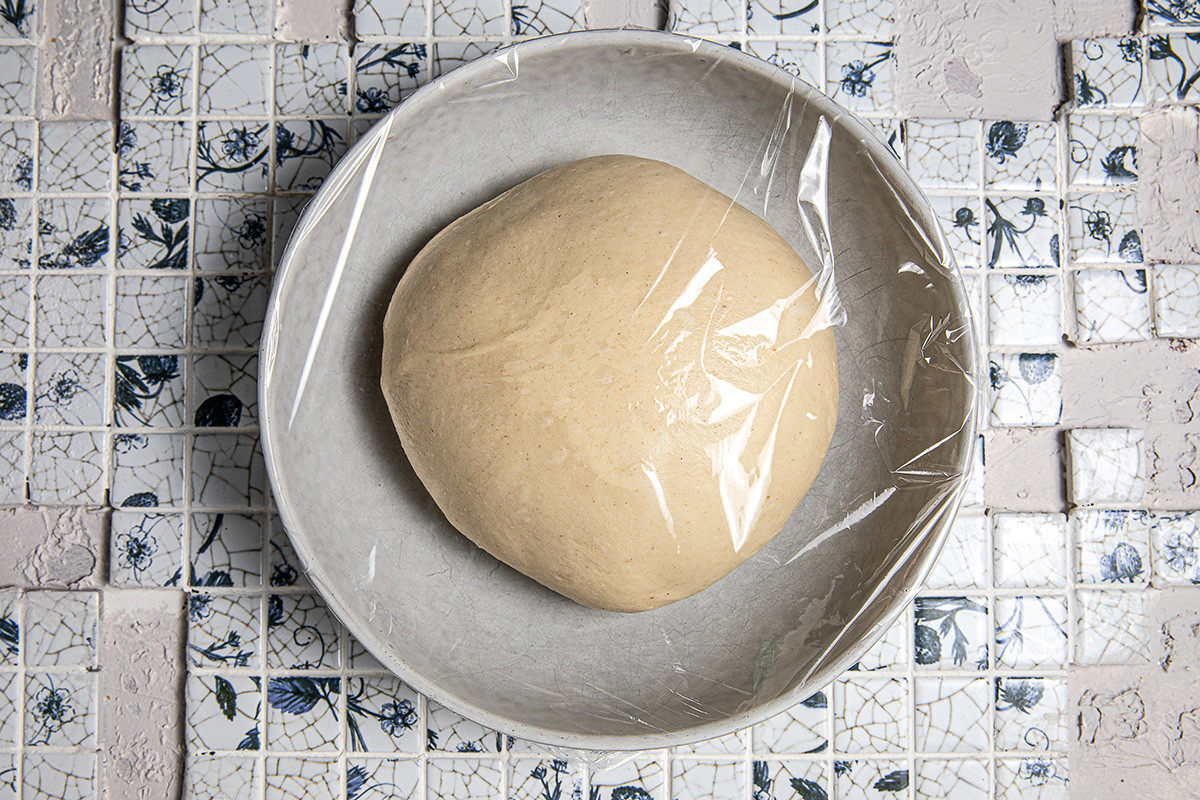 7. Meanwhile, chop onions and fry in butter and oil. 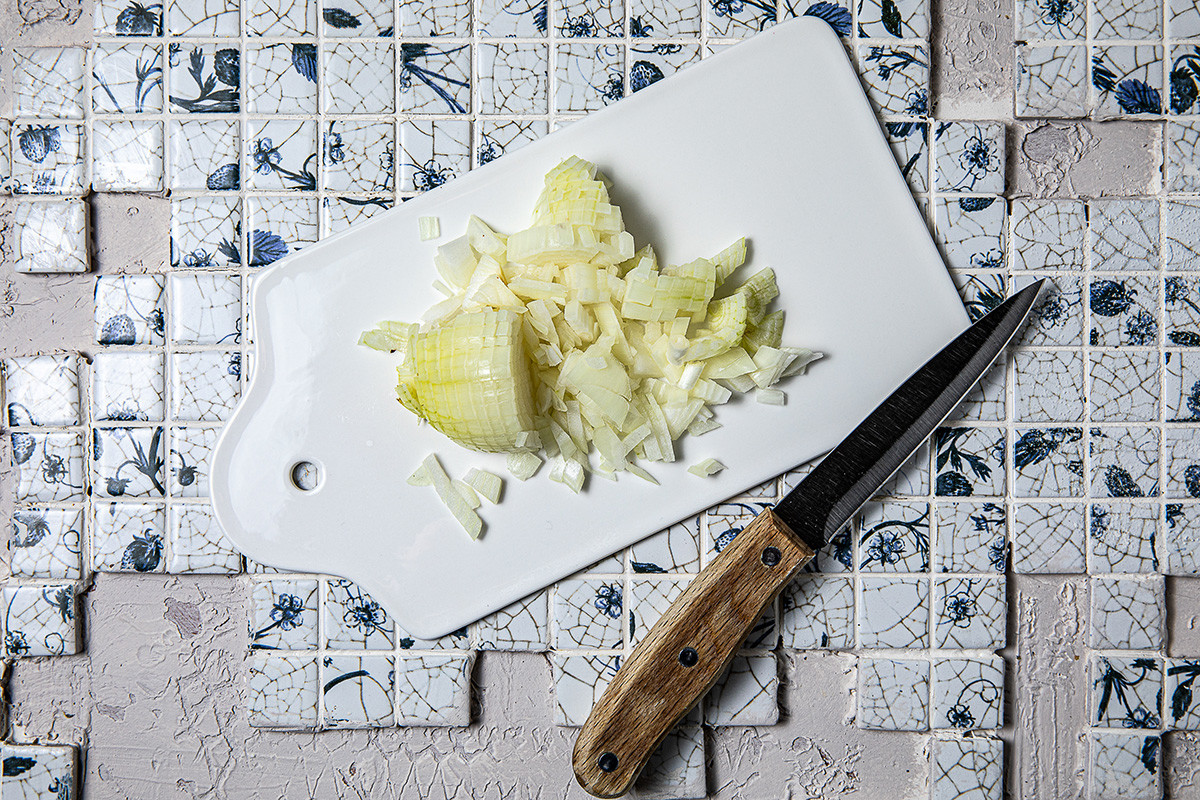 8. Fry the onion for about 20 minutes till it gets nicely soft and golden. Stir continuously. 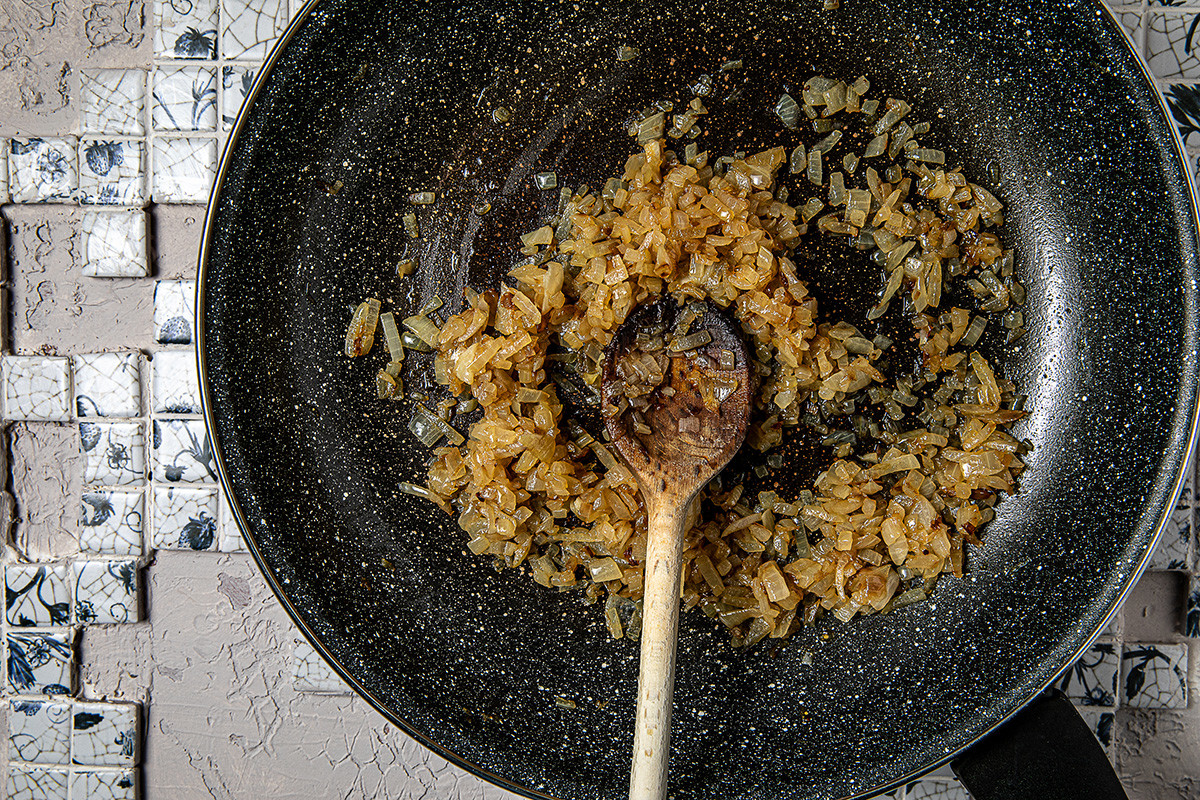 9. Take the fish apart with your fingers making sure there are no bones left. Combine the fish with onions. 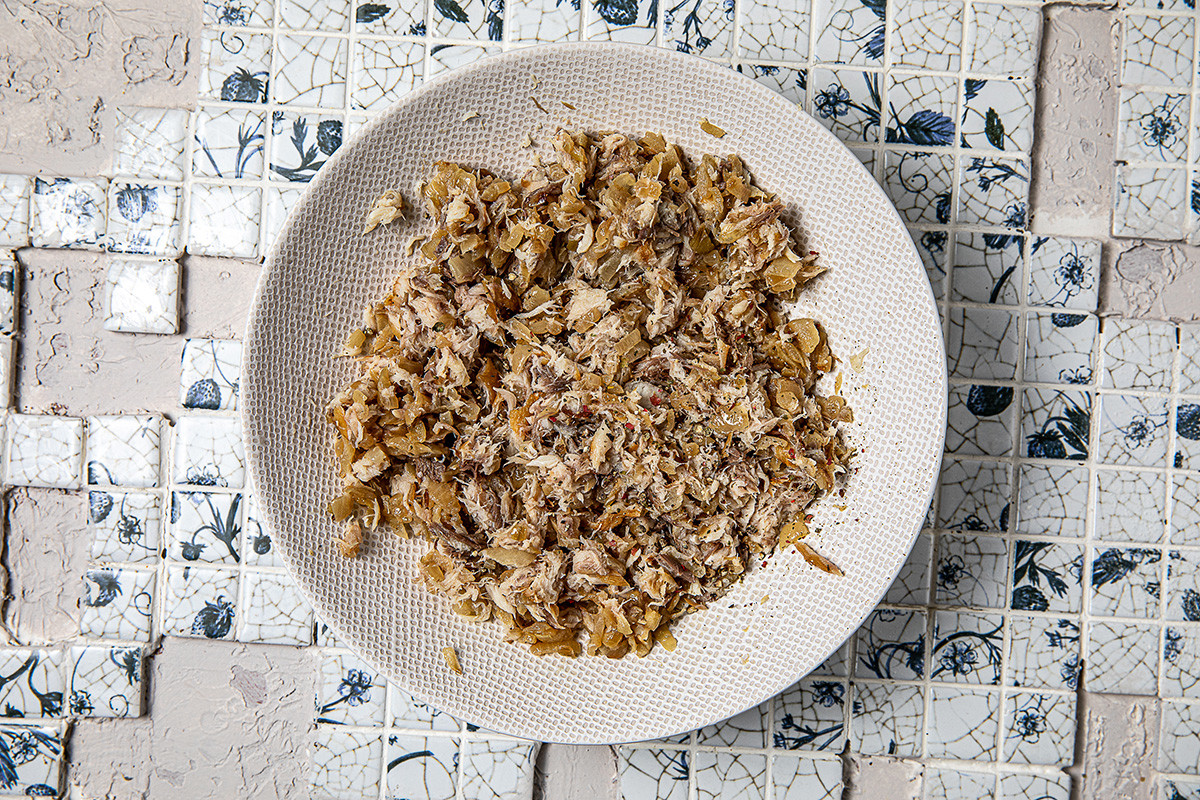 10. When the dough doubles in size, pat it down. 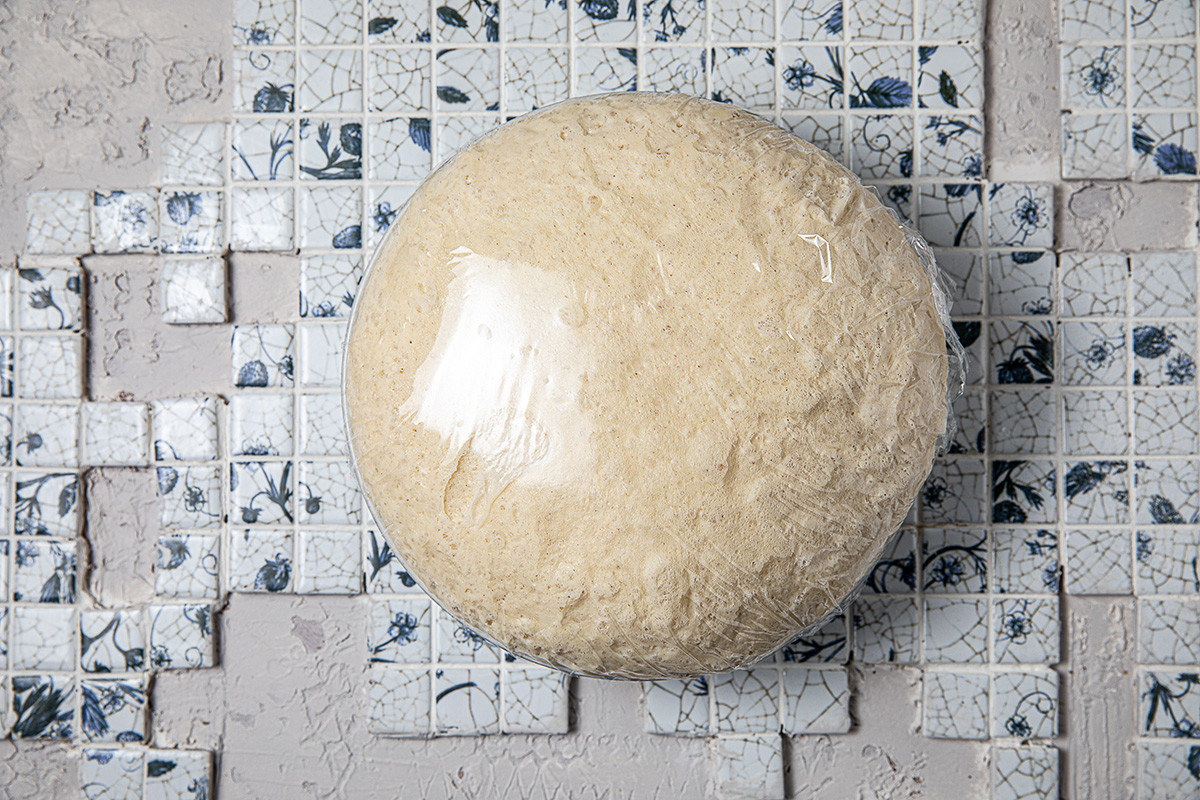 11. Divide it in pieces of about 35g each. Make small balls and keep them under a towel while you work with the rest. 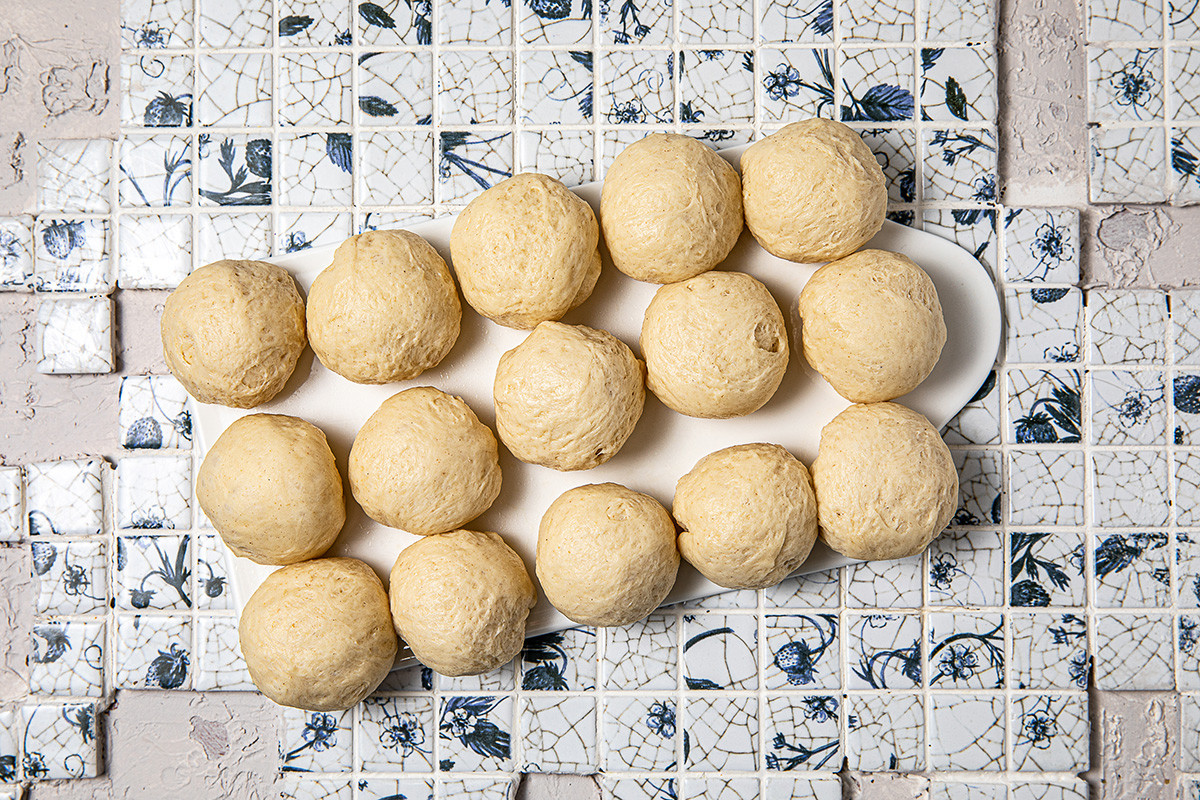 12. Flatten each ball with your hands or a rolling pin. 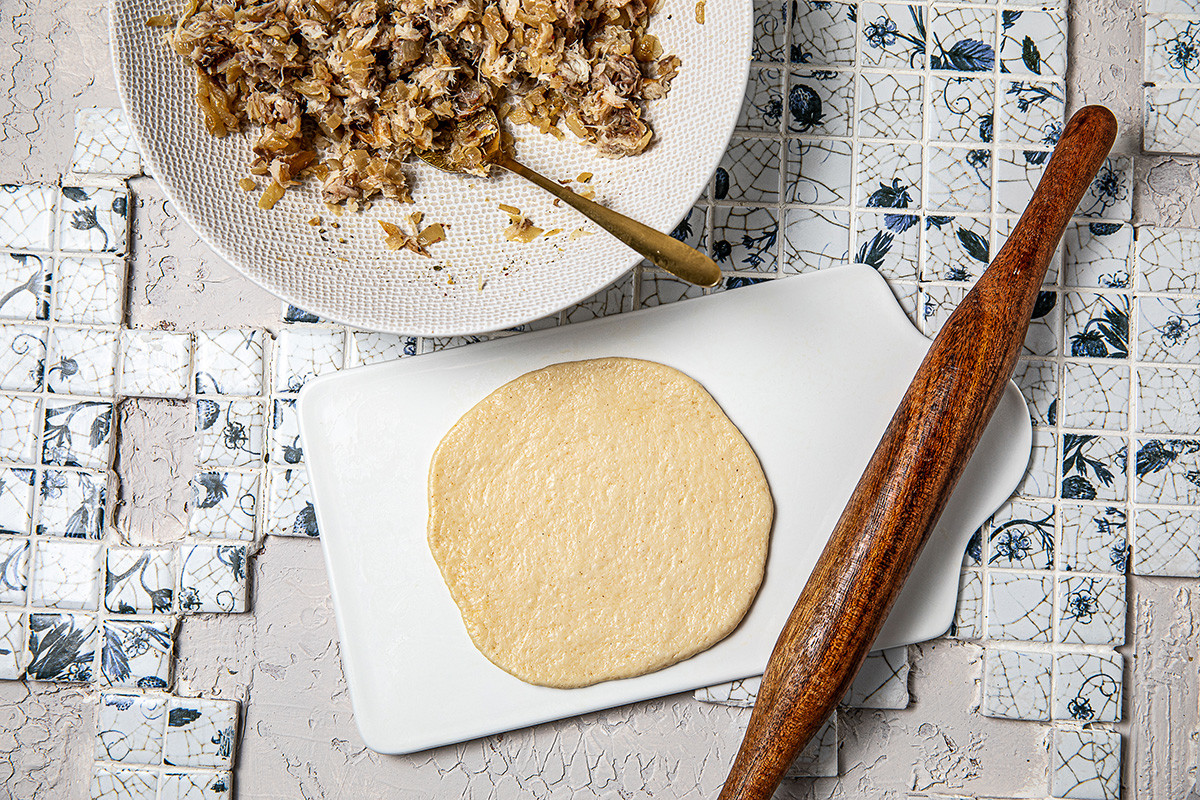 13. Put a tablespoon of the filling in the middle. 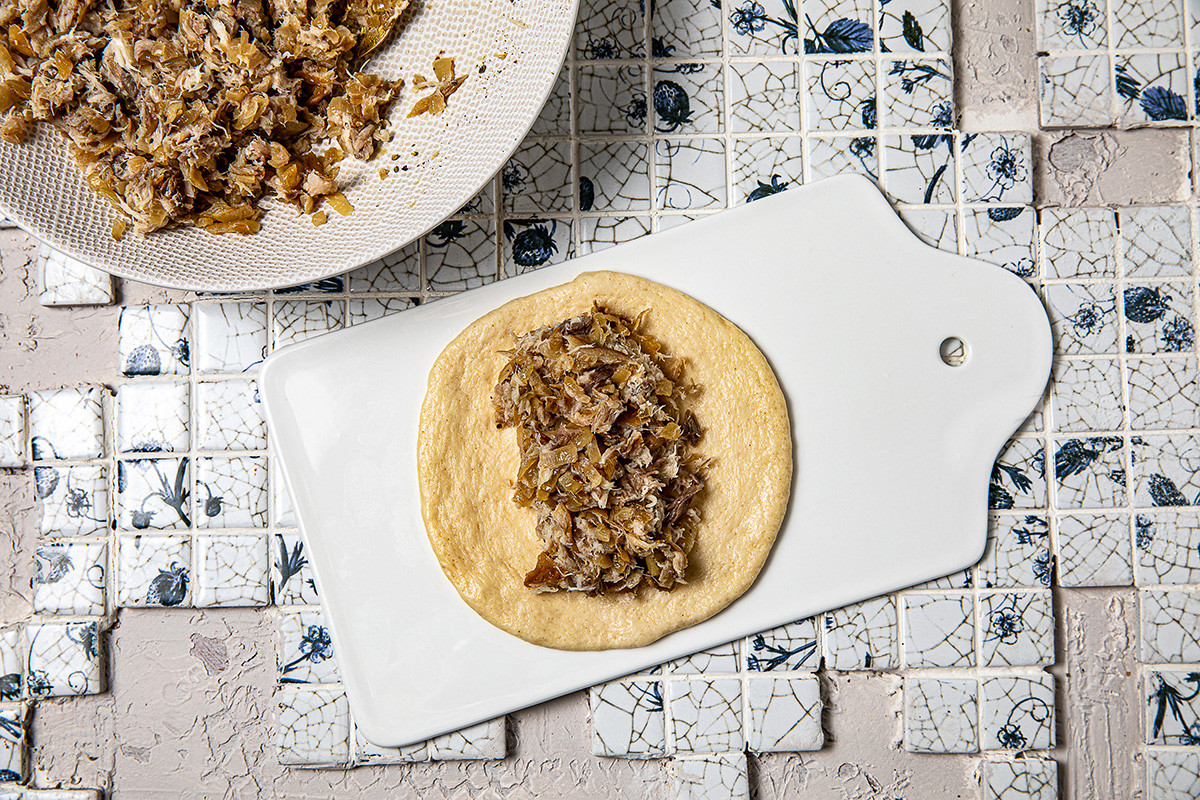 14. Bring the edges together, forming a triangle leaving the upper part untouched. 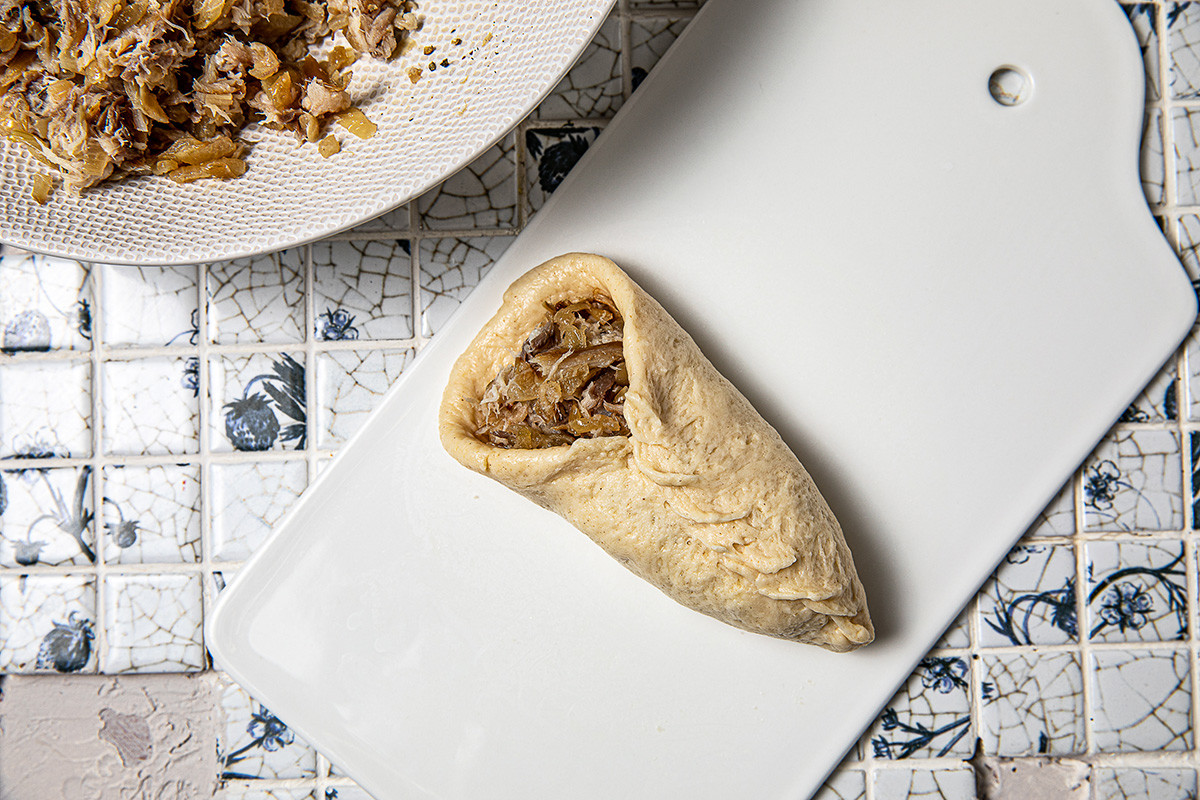 15. Place the pies in a tray (not too close to each other), cover them with a towel and let rest and rise a bit. 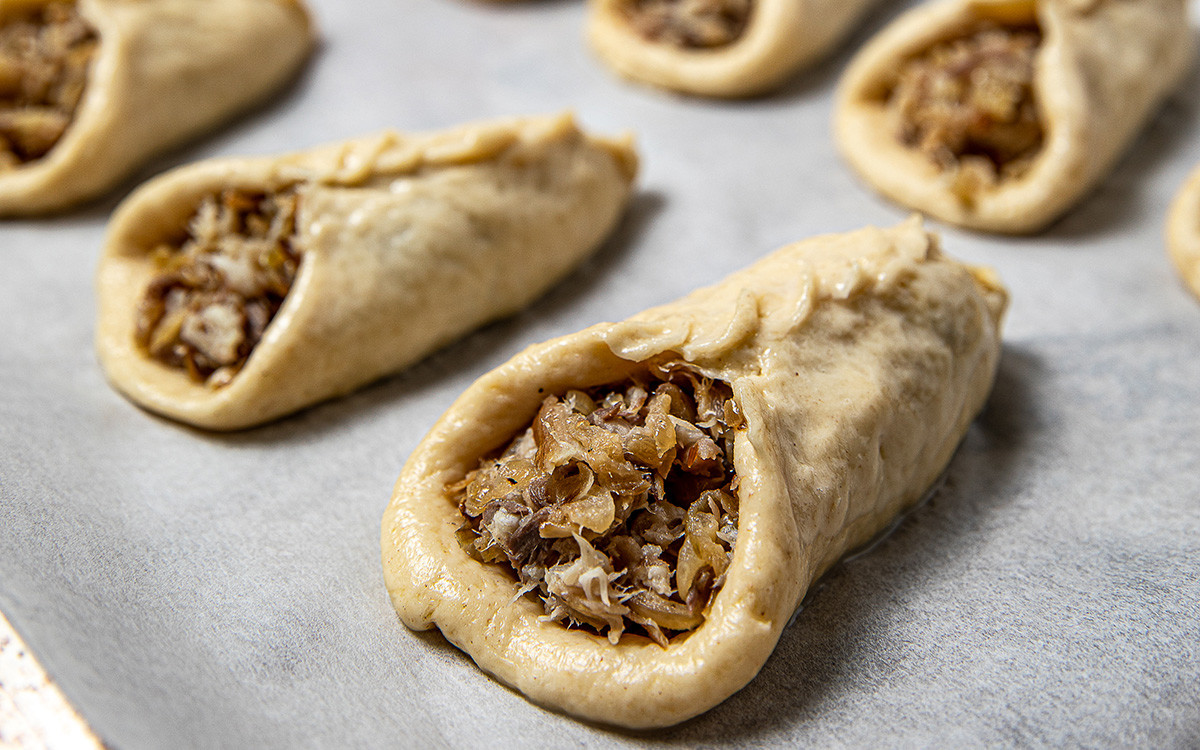 16. Mix egg-white, milk and powdered sugar for the glaze. 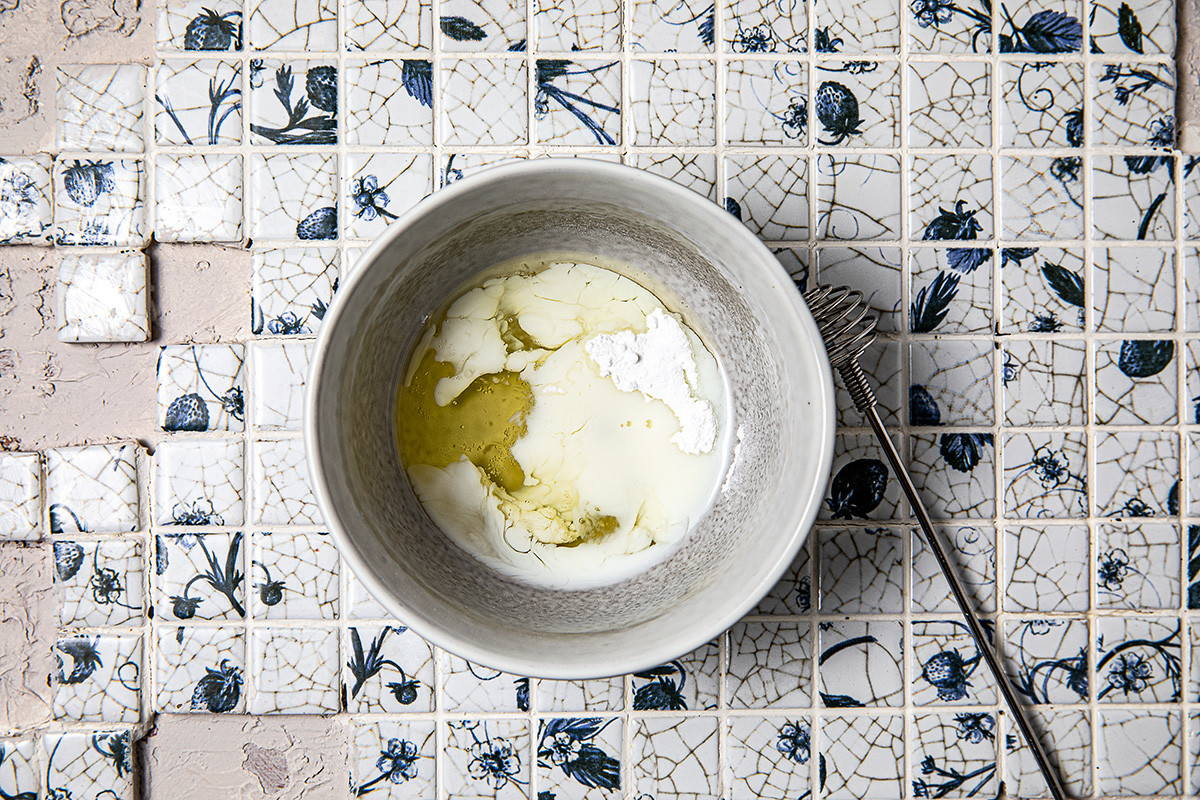 17. Brush the pies with the mixture. 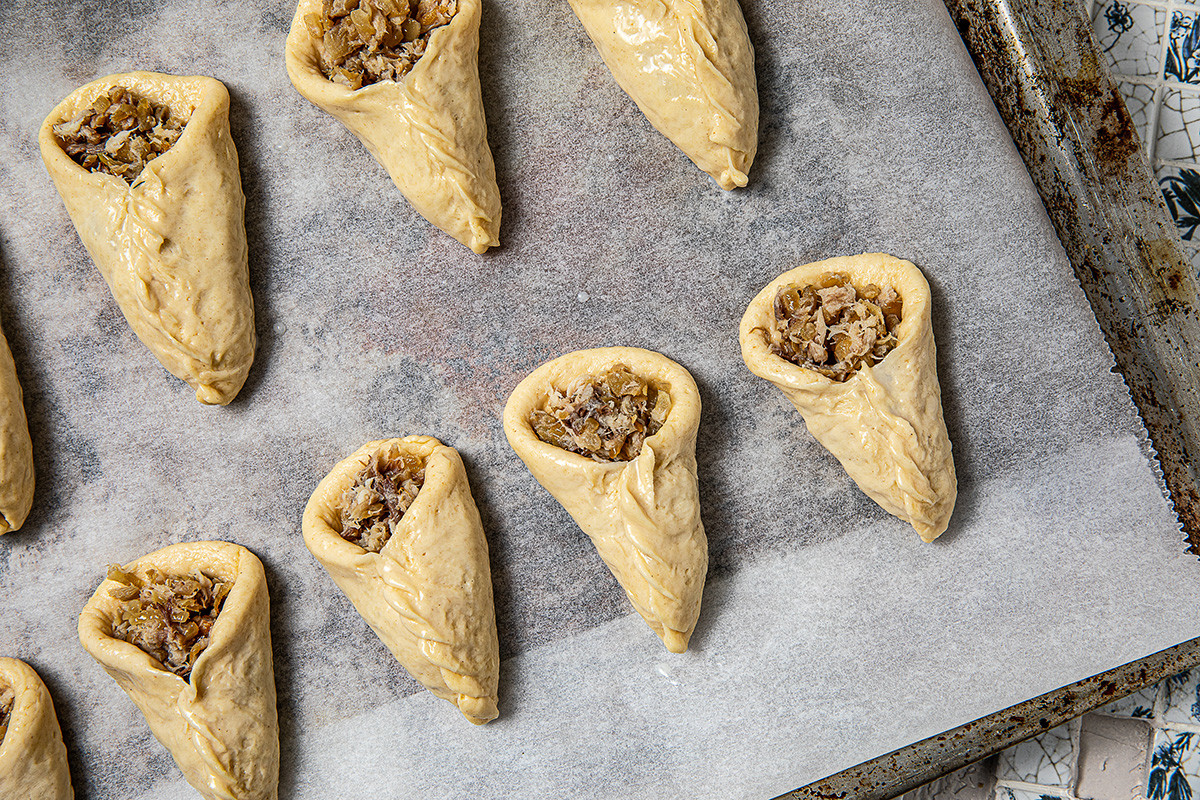 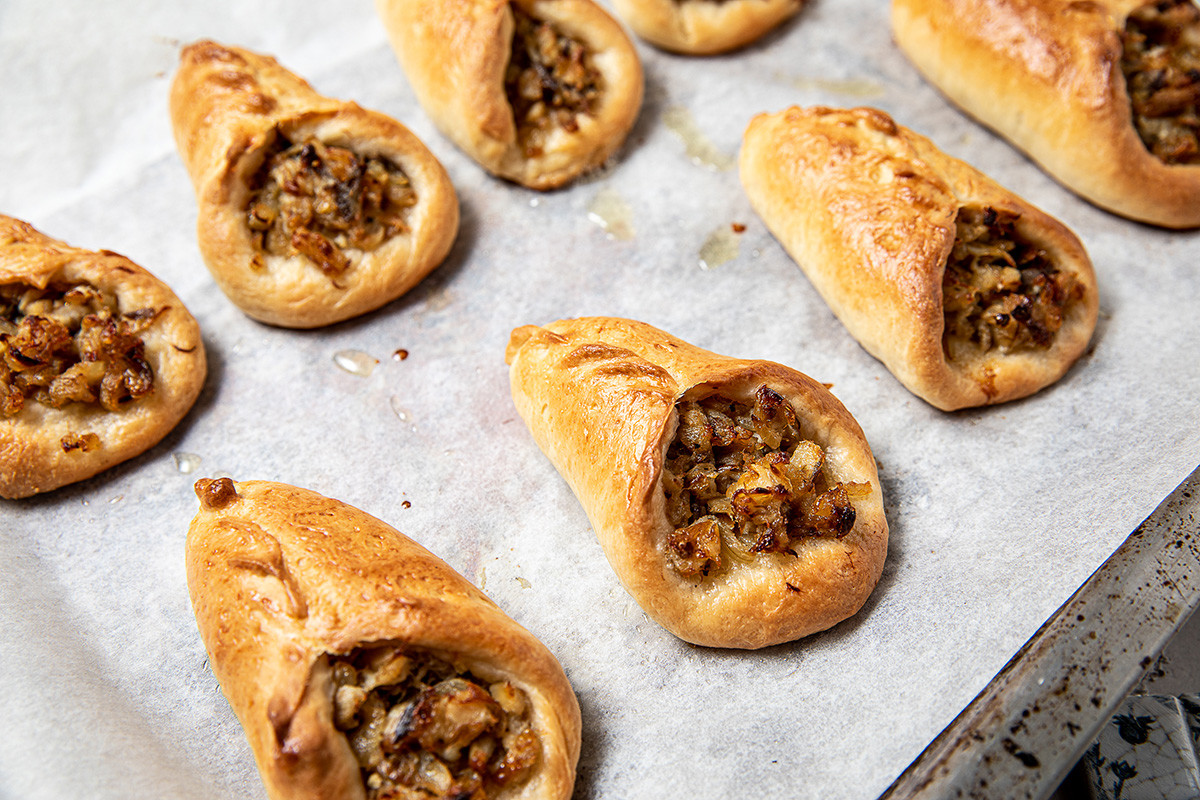 If using any of Russia Beyond’s content, partly or in full, always provide an active hyperlink to the original material.

Global Water Testing and Analysis Market to Reach US$4.3

The toll of unregulated tourism on Gilgit-Balistan