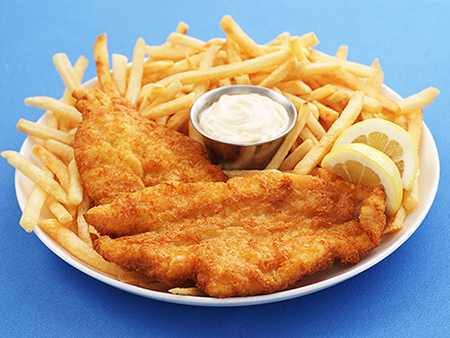 This study is the latest research to investigate the association between cardiovascular disease and diet — which foods have a positive versus negative impact on cardiovascular disease risk.Regularly eating a Southern-style diet may increase the risk of sudden cardiac death, while routinely consuming a Mediterranean diet may reduce that risk, according to new research published today in the Journal of the American Heart Association, an open-access journal of the American Heart Association.

The Southern diet is characterized by added fats, fried foods, eggs, organ meats (such as liver or giblets), processed meats (such as deli meat, bacon and hot dogs) and sugar-sweetened beverages. The Mediterranean diet is high in fruits, vegetables, fish, whole grains and legumes and low in meat and dairy.

“While this study was observational in nature, the results suggest that diet may be a modifiable risk factor for sudden cardiac death, and therefore, diet is a risk factor that we have some control over,” said James M. Shikany, DrPH, the study’s lead author and professor of medicine and associate director for Research in the Division of Preventive Medicine at the University of Alabama at Birmingham.

“Improving one’s diet — by eating a diet abundant in fruits, vegetables, whole grains and fish such as the Mediterranean diet and low in fried foods, organ meats and processed meats, characteristics of the Southern-style dietary pattern, may decrease one’s risk for sudden cardiac death,” he said.

The study examined data from more than 21,000 people age 45 and older enrolled in an ongoing national research project called REasons for Geographic and Racial Differences in Stroke (REGARDS), which is examining geographic and racial differences in stroke. Participants were recruited between 2003 and 2007. Of the participants in this analysis, 56 percent were women, 33 percent were Black adults, and 56 percent lived in the Southeastern United States, which is noteworthy as the region is recognized as the Stroke Belt because of its higher stroke death rate. The Stroke Belt states included in this study were North Carolina, South Carolina, Georgia, Tennessee, Alabama, Mississippi, Arkansas and Louisiana.

This study is the latest research to investigate the association between cardiovascular disease and diet — which foods have a positive versus negative impact on cardiovascular disease risk. It may be the only study to-date to examine the association between dietary patterns with the risk of sudden cardiac death, which is the abrupt loss of heart function that leads to death within an hour of symptom onset. Sudden cardiac death is a common cause of death and accounted for one in every 7.5 deaths in the United States in 2016, or nearly 367,000 deaths, according to 2019 American Heart Association statistics.

Researchers calculated a Mediterranean diet score based on specific food groups considered beneficial or detrimental to health. They also derived five dietary patterns. Along with the Southern-style eating pattern, the analysis included a “sweets” dietary pattern, which features foods with added sugars, such as desserts, chocolate, candy and sweetened breakfast foods; a “convenience” eating pattern which relied on easy-to-make foods like mixed dishes, pasta dishes, or items likely to be ordered as take-out such as pizza, Mexican food and Chinese food; a “plant-based” dietary pattern was classified as being high in vegetables, fruits, fruit juices, cereals, beans, fish, poultry and yogurt; and an “alcohol and salad” dietary pattern, which was highly reliant on beer, wine and liquor along with green leafy vegetables, tomatoes and salad dressing.

Shikany noted that the patterns are not mutually exclusive. “All participants had some level of adherence to each pattern, but usually adhered more to some patterns and less to others,” he said. “For example, it would not be unusual for an individual who adheres highly to the Southern pattern to also adhere to the plant-based pattern, but to a much lower degree.”

After an average of nearly 10 years of follow-up every six months to check for cardiovascular disease events, more than 400 sudden cardiac deaths had occurred among the 21,000 study participants.

The American Heart Association’s Diet and Lifestyle recommendations emphasize eating vegetables, fruits, whole grains, lean protein, fish, beans, legumes, nuts, and non-tropical vegetable cooking oils such as olive and canola oil. Limiting saturated fats, sodium, added sugar and processed meat are also recommended. Sugary drinks are the No. 1 source of added sugar in the U.S. diet, according to the Centers for Disease Control and Prevention, and the American Heart Association supports sugary drink taxes to drive down consumption of these products.

“These findings support the notion that a healthier diet would prevent fatal cardiovascular disease and should encourage all of us to adopt a healthier diet as part of our lifestyles,” said Stephen Juraschek, M.D., Ph.D., a member of the American Heart Association’s Nutrition Committee of the Lifestyle and Cardiometabolic Health Council. “To the extent that they can, people should evaluate the number of servings of fruit and vegetables they consume each day and try to increase the number to at least five or six servings per day, as recommended by the American Heart Association. Optimal would be eight or nine servings per day.

“This study also raises important points about health equity, food security and social determinants of health,” he continued. “The authors describe the ‘Southern Diet’ based on the U.S. geography associated with this dietary pattern, yet it would be a mistake for us to assume that this is a diet of choice. I think American society needs to look more broadly at why this type of diet is more common in the South and clusters among some racial, ethnic or socioeconomic groups to devise interventions that can improve diet quality. The gap in healthy eating between people with means and those without continues to grow in the U.S., and there is an incredible need to understand the complex societal factors that have led and continue to perpetuate these disparities.”

This current research expands on earlier studies on participants from the same national stroke project, REGARDS. In a 2018 analysis, Shikany and colleagues reported that adults age 45 and older with heart disease who had an affinity for the Southern diet had a higher risk of death from any cause, while greater adherence to the Mediterranean diet was associated with a lower risk of death from any cause. And in a 2015 study, the Southern diet was linked to a greater risk of coronary heart disease in the same population. 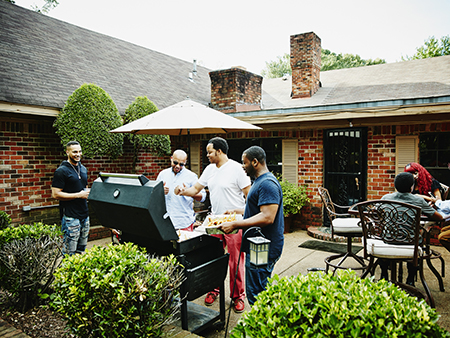 The large population sample and regional diversity, including a significant number of Black participants, are considered strengths of the REGARDS research project. However, potential limitations of this study include that that dietary intake was based on one-time, self-reported questionnaires, thus it relied on each participant’s memory. Self-reported diet can include inaccuracies leading to bias that could reduce the strength of the associations observed.

One usual association that remains unexplained is that, among individuals with a history of heart disease, those who most adhered to the sweets dietary pattern had a 51 percent lower risk of sudden cardiac death than participants who followed that pattern the least. Researchers note that they found “no viable explanation for the inverse association of the sweets dietary pattern with risk of sudden cardiac death in those with a history of coronary heart disease.”